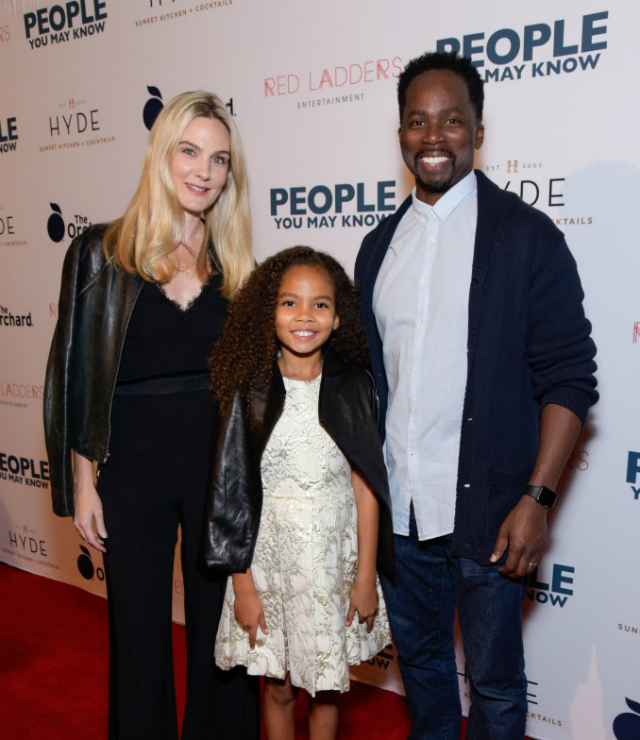 Wynter Perrineau made a splashing debut on the red carpet during the premiere of her film, People You May Know. The 9-year-old was all smiles while taking pictures with her parents, Brittany and Harold Perrineau, at Pacific Theaters at The Grove in Los Angeles last week.

“My Wynter Arias first red carpet for her movie, People You May Know,” Harold shared along with a picture of his daughter going solo in the spotlight. “She was so good,” he gushed.

Wynter definitely had poise coupled with a bit of edginess as she struck several poses for photographers. The youngster wore her leather jacket off her shoulders to further bolster the notion of style in her pics.

People You May Know is all about an introvert who realizes he can be anyone he desires on the Internet. Jed (Nick Thune) has worked hard to abstain from social media. He, however, discovers the beauty and tragedy that is online networking as a 30-something-year-old man, and the rest is history. Wynter Perrineau stars as the little girl in the film and joins the likes of Kaily Smith Westbrook, Christopher Darga, Dillon Lane, and others who are also in the movie.

“I think it really does speak to who we are,” Usher said during a red carpet interview at the film’s premiere event last week. “Love thyself,” the entertainer said of the message People You May Know tries to relate. “Be who you are. Be alright with the imperfections.”

Check out the film’s trailer below!