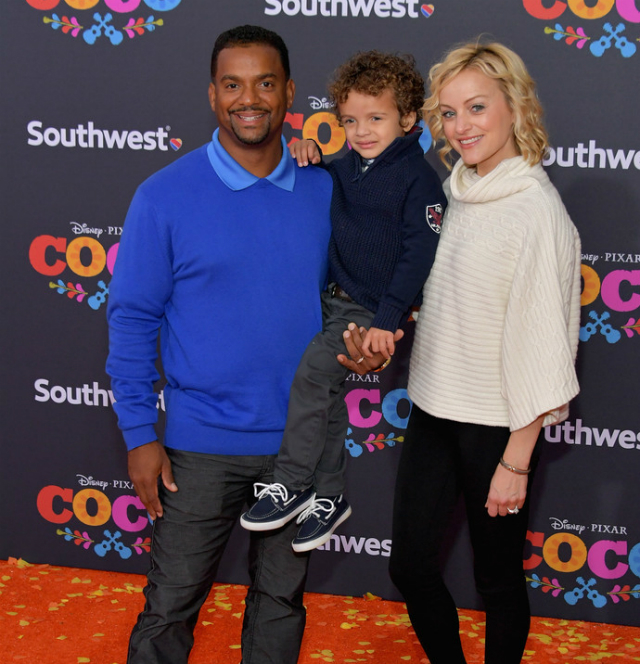 Coco is coming to theaters just in time for Thanksgiving. Celebrities got a sneak peak of the film several days early with Coco premiering at El Capitan Theatre in Hollywood earlier this week. Alfonso Ribeiro and his family were among those in attendance at the screening.

Alfonso Lincoln joined his mom, Angela Ribeiro, and father on the red carpet. The little one was all smiles while being held by dad. Little Alfonso’s style was simply the most as his sweater and shoes were in complete color sync. 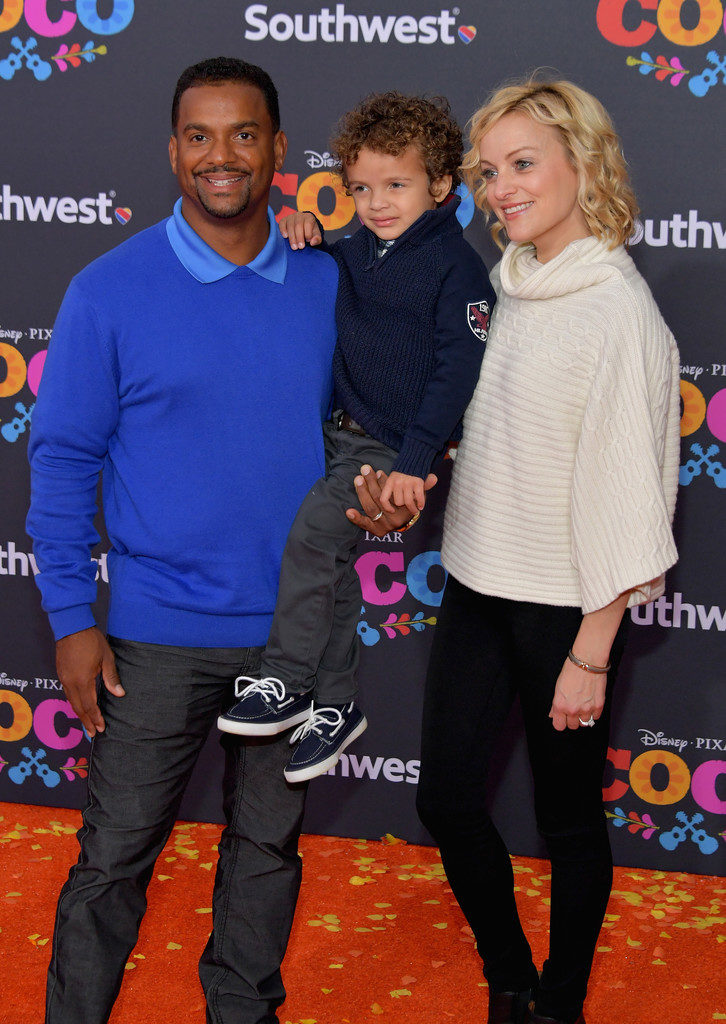 Angela and Alfonso Sr. celebrated their oldest son’s birthday at the beginning of this month with a mini golf themed party at Lakeside Golf Club in Los Angeles. “AJ absolutely loves mini golf,” Angela told PEOPLE. “We go to mini golf courses all the time,” she added. “All the kids came in golf attire, so it was adorable to see a sea of little professional-looking mini-golfers playing the nine-hole mini-golf course.”

Little Alfonso received many gifts during his party, but none compared with an indoor mini golf course presented by his parents. “His favorite [gift] was a Noochie Golf indoor single mini-golf course,” Alfonso Sr. revealed. “It’s pretty amazing,” the actor added. “It’s a single hole that has up to 25 different course variations.” Pretty cool, Alfonso. Cool, indeed!

Angela and Alfonso Ribeiro have two sons, Anders and Alfonso Jr., together. Alfonso also has a daughter named Sienna from a previous relationship. Check out Coco in theaters on November 22, 2017.

TAMAR BRAXTON: 'I TOLD MYSELF I WOULD DO WHATEVER IT TOOK TO KEEP MY FAMILY TOGETHER'