Home » NEWS » THE CURRYS WELCOME ‘ET ONLINE’ INTO THEIR HOME: ARE MORE BABIES ON THE WAY?

THE CURRYS WELCOME ‘ET ONLINE’ INTO THEIR HOME: ARE MORE BABIES ON THE WAY? 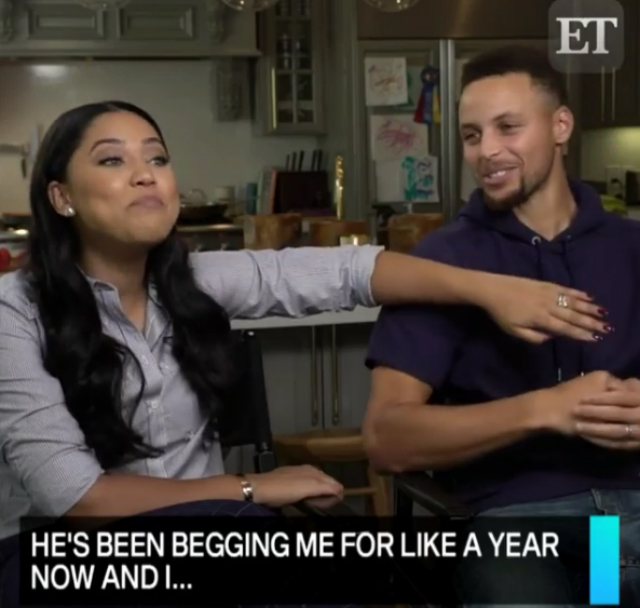 Is Riley Curry headed for a reality television series of her own? “No, I don’t think you’ll ever see that,” says Ayesha Curry. The celebrity mom and her husband, Stephen Curry, invite ET Online into their home for a tour of their abode and a bit of inside information on their family.

#StephCurry and #AyeshaCurry are dishing on love, family and the possibility of more babies! ❤?⠀

A post shared by Entertainment Tonight (@entertainmenttonight) on Nov 7, 2017 at 10:06am PST

“I think when you see Riley on the podium and stuff, that’s exactly how I would have acted back when I was a kid,” Steph says of his daughter’s bold personality. Fans got a first-time look at Riley’s exuberance three years ago when she accompanied her father to an after-game press conference. Riley completely stole the show as she climbed underneath the table and spoke over her father in the mic. At one point, the then-toddler even told her father that he was “too loud” and to “be quiet.”

Ayesha and Stephen Curry made Riley a big sister in 2015 when they welcomed their youngest daughter, Ryan. It doesn’t appear that the couple is done expanding their family as Ayesha alluded to the notion of having another little one in the near or distant future. “He doesn’t have a boy, he doesn’t have a fella,” the celebrity mom tells ET of her husband desiring more kids. “He’s been begging me for [another child for], like, a year now.”

Perhaps we may see another Curry kid running around at the basketball games real soon. For now, Ayesha and Stephen Curry are a happy party of four.