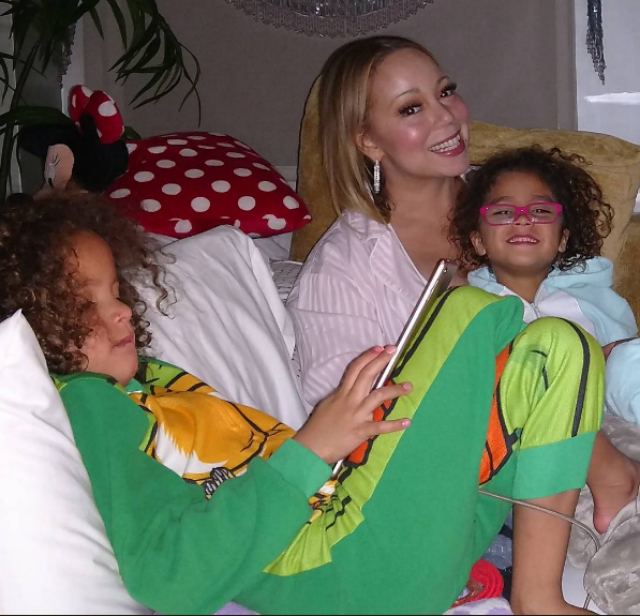 Mariah Carey’s new song, “The Star,” serves as the main soundtrack for the upcoming Christmas film, The Star. Guess who’s singing background in the touching tune? Monroe and Moroccan, that’s who! Carey shared the exciting news of her kids having a spot in her hit single on Friday morning.

“Hanging with my two best friends, listening to their guest appearance on #TheStar,” Mariah told her Instagram fans. The singer also uploaded a photo of Monroe and Moroccan relaxing with mom.

The Star is slated by Sony Pictures to be a significant animated holiday film of the year. Not since The Prince of Egypt made its debut in 1998 has a Christian animated film for kids been brought to life by such a powerhouse cast. Oprah Winfrey, Tyler Perry, and Anthony Anderson are three of many big names in the voiceover crew. Mariah Carey and Fifth Harmony are two of several mainstream artists to create singles for the film.

“We got all of our first choices,” director Timothy Reckart tells The Christian Post. “They see this as an opportunity to be a part of something that’s important,” he adds. “I think that their participation will help raise the profile of this project because we want people of faith to come to the movie and we want people who have a more tenuous relationship with their faith to come see the movie also.”

Perhaps a unique aspect about this version of the Nativity Story is that it is told from the perspective of the animals. Bo is the brave donkey who tries to save the day by warning the Messiah’s parents, Mary and Joseph, of the imminent danger their unborn child faces. He doesn’t embark on the mission alone but rather has his fellow friends to help. The animals witness the birth of Jesus, which is something that they believe will be celebrated for thousands of years.

The Star comes to theaters on November 17, 2017. Check out the film’s trailer below!