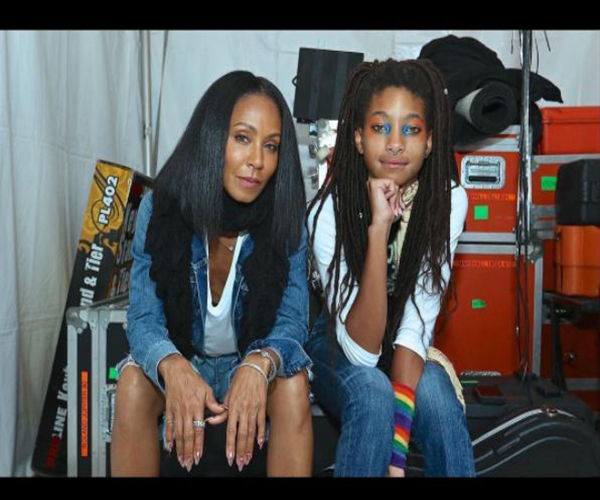 #Blackgirlmagic was definitely in play this past weekend in Atlanta as Jada Smith joined her daughter on stage during her performance at AfroPunk Battle of the Bands.

The talented teen and her mother, who is one of the founding members of the metal band Wicked Wisdom, gave concert goers more than just another duet collaboration.

I don't want to clog your guy's feed too much but I might…yesterday was amazing. First, to be welcomed by two amazingly talented women once we got to the festival and secondly to all the lovely people I met throughout the day. The energy was filled with so much love, respect and a desire to make change—not only in general but through artistic expression as well. Thank you to everyone that let me photograph them! ?✨? #afropunkatl #willowsmith #jadapinkettsmith #blackgirlmagic #blackandwhitephotography #treatpeoplewithkindness #peaceloveandpositivity #thatdariashirttho #patricesharonjackson

However, the fun didn’t stop there. After AfroPunk, the Smith’s jetted off to the Tidal x Brooklyn concert, which was held on October 17th, at Brooklyn’s Barclay’s Centre to help raise funds for natural disaster relief efforts.

The event, sponsored by Bacardi, was hosted by Angie Martinez. In addition to Smith, some of the other performers included, Jay-Z, Jennifer Lopez, DJ Khaled, Chris Brown, Cardi B, Fat Joe, Remy Ma, Yo Gotti, among others. Rosie Perez and Lin Manuel-Miranda also made special appearances during the event.