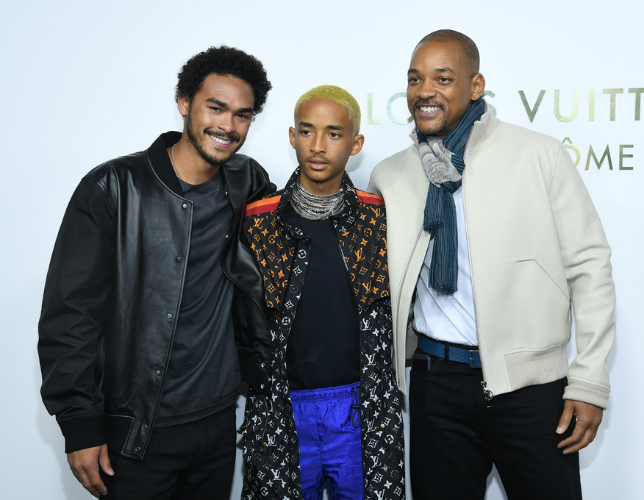 Will Smith had his sons, Jaden and Trey, with him at the Louis Vuitton Boutique grand opening in Paris, France, on Monday. The celebrity father and his kids rocked designs from the brand in support of Louis Vuitton and Paris Fashion Week Womenswear Spring/Summer 2018.

Jaden’s coat was especially notable as it bore the Louis Vuitton signature symbol. The young adult’s jacket was a bright color near the shoulders and chest area but mellowed out to black and white going down to the knees where the fabric stopped. Will and Trey kept things simple with black pants and casual shirts. Will accessorized his look with a scarf that matched his pants belt.

Paris Fashion Week Womenswear Spring/Summer 2018 is well underway with various styles being presented on the runway for the upcoming seasons of spring and summer. Will and his sons are certainly great models away from the catwalk as their fashion forwardness always shines through. 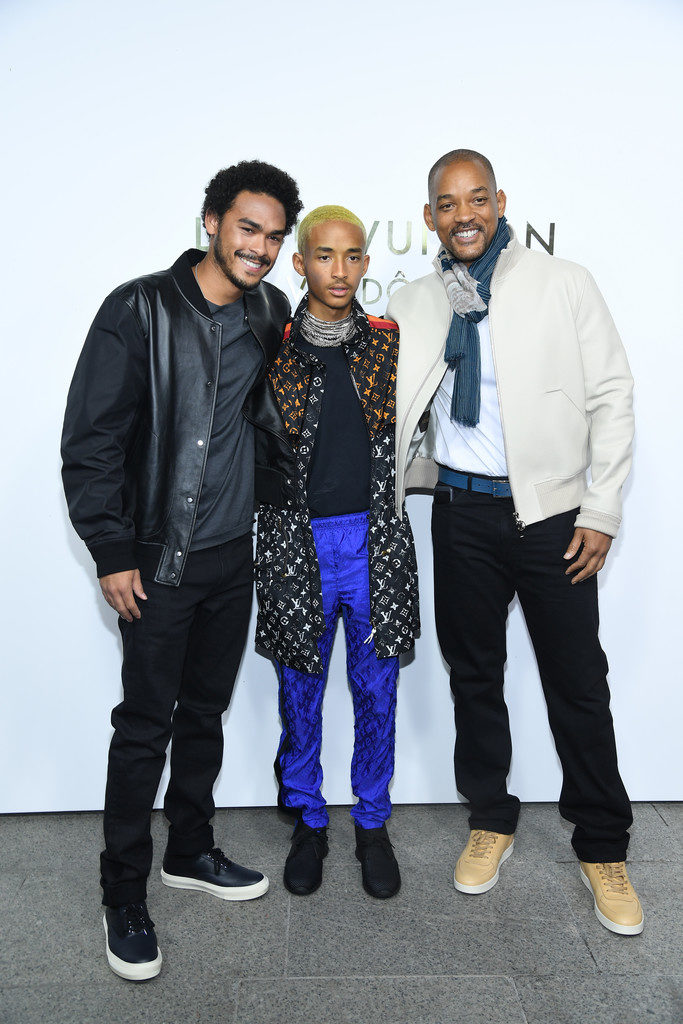 In fact, Jaden is viewed as such the fashion icon in Hollywood that he recently scored a gig as the first man to model for Louis Vuitton’s unisex line. The young Smith proudly wore the man skirts that many have grown to love.

“[Jaden] represents a generation that has assimilated the codes of true freedom, one that is free of manifestoes and questions about gender,” French Fashion Designer Nicolas Ghesquière says. “Wearing a skirt comes as naturally to him as it would to a woman who, long ago, granted herself permission to wear a man’s trench or a tuxedo.”

Jaden is Will Smith and wife Jada Pinkett-Smith’s son and oldest child. The couple also has a daughter named Willow who celebrates her seventeenth birthday later this month. Trey is Will’s son from previous relations.

CIARA: 'WE'RE SO PROUD OF YOU, RUSSELL WILSON'

CIARA: 'WE'RE SO PROUD OF YOU, RUSSELL WILSON'