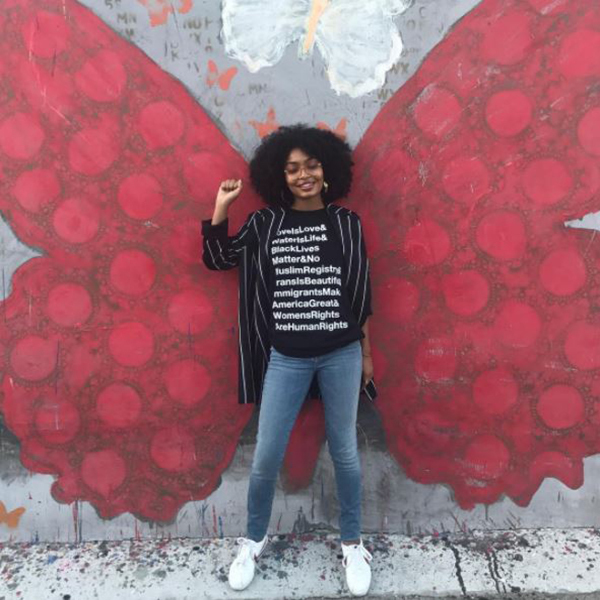 Regardless of what side of the issue you are on, the entire world watched history in the making this past weekend, as the debate between taking a knee in protest during the National Anthem took center stage on television and Twitter.

Everyone from sports stars to owners to coaches to celebrities and beyond weighed in on the debate and the words from the White House that ignited a firestorm.

Black-ish actress Yara Shahidi known for her prolific words and action through her passionate activism and more, took to Instagram, taking a knee through poetry.

Earlier this month, the talented teen took to social media in defense of DACA students who still are hanging in the balance as the government decides on what to do about their migratory status in United States.

Check out Shahidi’s poetry and let us know what you think. This young lady is definitely the voice a new generation poised for action. Sound off, we want to hear from you.