LATAVIA ROBERSON THANKS HER DAUGHTER FOR MAKING HER A BETTER WOMAN 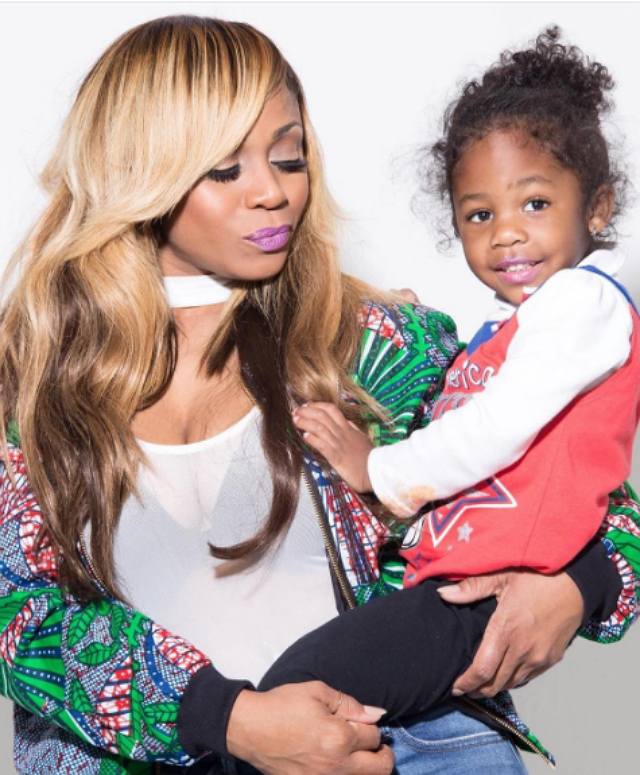 LaTavia Roberson is grateful for her daughter, Lyric Richard. The singer recently took to Instagram to share a picture of her little one and dote a bit.

“The love of my life is my baby girl,” LaTavia exclaimed. “Mommie loves u down til the day I die. Thank u for making mommie a better woman!” LaTavia’s post received thousands of likes and dozens of comments. “She is just adorbs,” one follower wrote. “Truly a beautiful picture,” another fan commented.

Beautiful is one way to describe LaTavia’s life after parting ways with Destiny’s Child and eventually becoming a parent. “After Destiny’s Child, I’ve gone through so much life,” the singer said during a recent interview with Billboard.

“Things I never thought I’d deal with,” LaTavia explained. “I heard rumors about me, but I’d rather you hear the good, bad or ugly out of the horse’s mouth. I had a great career in Destiny’s Child, but outside of that, I’ve dealt with substance abuse, molestation and a lot of sticky situations that I would never wish on any of the girls I had my career with. I’m proud to say those things because my adversity has made me who I am.”

Roberson went on to tell media, “I learned from my mistakes. At the end of the day, are they really mistakes? I’ve had my daughter and, unfortunately, I’ve lost a daughter. I just like to do things that make me feel good, and I like to give back to the community.”

LaTavia has a docu-series in the works that further dispels the notion of her being bitter after leaving Destiny’s Child. Fans may also get to see how the singer balances her career with mommy duties on the show. Stay tuned for more LaTavia Roberson celebrity mom news!