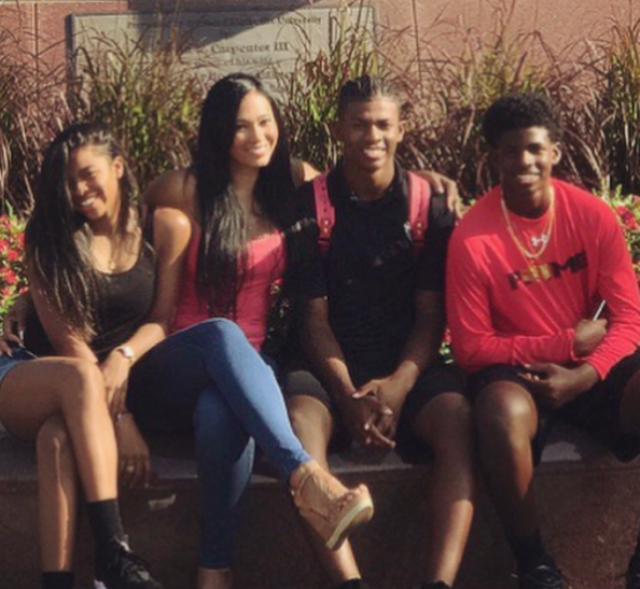 Pilar Sanders is speaking out weeks after her son, Shilo, told his Instagram followers that he was happy to be back at home with mom. Shilo alluded to the notion of Pilar regaining custody of her children, and now the former football wife says that two of her and Deion Sanders’ kids live within her quarters.

“I have not lied about anything that’s all I can say,” Pilar tells Daily Mail of the ongoing matter. “I draw strength from the fact that the one thing about life is that it always reveals itself in the end.”

Pilar’s ex-husband, Deion Sanders, was given custody of all of three of their children shortly after divorce proceedings were finalized in 2013. Deion won a defamation lawsuit against Pilar in 2015 that cost his ex-wife millions. Pilar is now alluding to the notion of appealing the ruling.

“Many things happened within the marriage,” Pilar said of Deion’s accusations regarding infidelity and other things. “The allegations that he tried to put on me came from him,” she added. “When men don’t get their way they scream, “this woman is cheating. This woman is crazy.”

Shilo didn’t think Pilar was crazy. In fact, the teen recently took to Instagram to celebrate his living arrangements with mom. “My mom having full custody of me is all I have wanted for years,” the teen wrote online last month. “Thank you to the court system for finally seeing the truth and putting me in a healthy, loving environment,” he concluded.

A post shared by PILAR SANDERS MoorLoveMoorLife (@pilarsanders) on Sep 9, 2017 at 7:04am PDT

“Shilo has really been with me for two years and for two years we’ve been petitioning the court,” Pilar says of her fight to regain custody of all three of her kids. “They’re giving ear to the children’s voices now and it’s turning around and we’re very grateful for it. I trust the process of life.”

For now, Pilar has custody of Shilo and her daughter, Shelomi. The reality star’s youngest son, Shedeur, is still living with dad due to the teen’s desire to attend and play football at Trinity Christian School, where his father coaches.

“It’s important to him right now,” Pilar says of her son’s decision to remain with his dad. “That’s all that matters to me and that’s what he wants to do for the season but it’s temporary.”

A post shared by PILAR SANDERS MoorLoveMoorLife (@pilarsanders) on Sep 4, 2017 at 9:44am PDT

Pilar and Deion Sanders were married for more than ten years before moving for separation. Their divorce was finalized more than two years after they announced plans for marriage dissolution.