Home » NEWS » LAVAR BALL RESPONDS TO SON POSSIBLY BEING SHUT OUT FROM NCAA OVER NEW SHOE BRAND: ‘WHAT DO I CARE?’

LAVAR BALL RESPONDS TO SON POSSIBLY BEING SHUT OUT FROM NCAA OVER NEW SHOE BRAND: ‘WHAT DO I CARE?’ 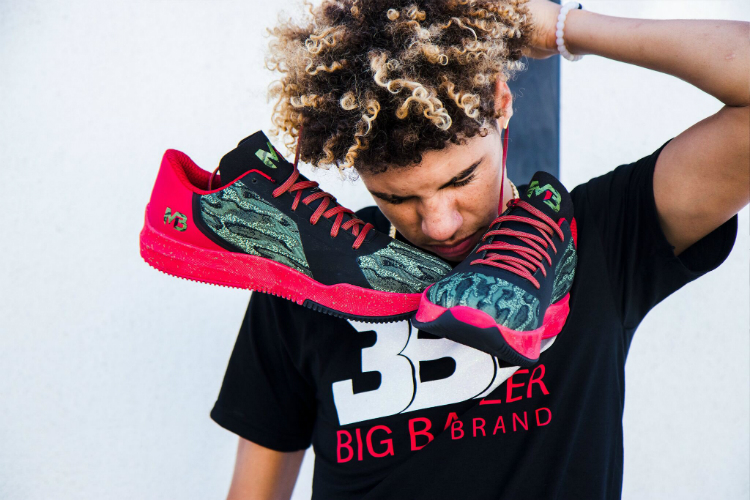 LaVar Ball recently helped his son, LaMelo Ball, launch his first signature shoe brand and now there’s rumor that the new business venture could hurt the 16-year-old’s chances of getting into the NCAA to play for UCLA’s basketball team.

“Here’s the thing, man. I ain’t worried about no NCAA when I’m creating something for my boy within my family,” LaVar says to the possibility of LaMelo not being able to play basketball in college. “He’s not even in NCAA right now,” LaVar shares. “What do I care about that for? They’re not going to be like, ‘You know what, LaVar? I don’t care it’s your family brand but don’t release that shoe.'”

The celebrity father further explained, “They can’t stop me from doing nothing. It’s a hot topic because they scared. I’m not going to ask somebody else what I can do with my stuff. That’s what they don’t get. Just like I said if they say it messes up his eligibility and he can’t play. Well, I guess he can’t play. Oh well. We’ll worry about that when we get there. In two years, he is in high school still. They may even change the rules by next year. You know what, you can go to the pros right out of high school.”

LaMelo has got to be one of the wealthiest 16-year-olds around with a new shoe line and Lamborghini under his belt. The teen began receiving notoriety a while ago while serving as a point guard at Chino Hills High School. LaMelo committed to UCLA after receiving several offers from other universities, but now some are afraid that the teen will not be able to follow through with his promise because of NCAA rules.

Regardless of what happens with LaMelo’s sports career, LaVar is every bit proud of his kids. “They think I’m just talking,” the celebrity father says. “I told them years ago that my boys are going to put Chino Hills on the map. You know what that sounds like 10 years ago? A father that’s just bragging a lot. Come on, for real?”

Stay tuned for more LaVar Bell celebrity dad news and to find out if LaMelo will be able to play basketball at UCLA!

VIRAL DAD'S VIDEO TEACHES US A LESSON IN HAVING PATIENCE