Home » NEWS » DERRICK ROSE: ‘MY SON IS THE ONLY REASON I’M PLAYING THIS GAME’

DERRICK ROSE: ‘MY SON IS THE ONLY REASON I’M PLAYING THIS GAME’ 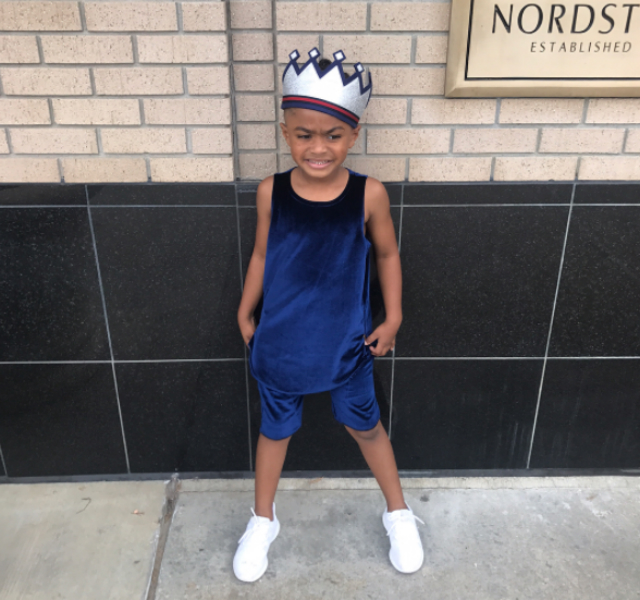 Everything that Derick Rose does is for PJ. The NBA player tells media that fame is not a factor in him being a star athlete but competing well for his son’s sake means everything.

“He’s the only reason that I’m playing this game,” the star player reveals. “My dad wasn’t around. So my mom was that figure for me. I want to be the example to my son, the dad that I didn’t have. He’s going to do what he wants to do, but sometimes he’s going to be like, ‘D*mn, Pops was right all these times.’ It’s going to hit him one day.”

Derrick Rose received a large welcome to the Cleveland Cavaliers last month. “We are very excited to be able to add a player of Derrick’s caliber and experience to the team,” the team’s general manager, Koby Altman, said. “Derrick could have gone to a number of other teams, but his specific mindset, goals and total focus and commitment to winning are what resulted in him signing with the Cavaliers. We are confident he will be a very good fit with our organization and we look forward to the many ways he will contribute to the team.”

Rose has been fairly quiet about his new team until now. “It’s funny, he uses the term, ‘I just want to hoop,'” Altman revealed. “He just wants to be here. He’s excited to be here. He’s in a great space mentally, and his body looks great, and we’re really excited about him.”

You can expect to see Derrick Rose take to the court to play for his son when the new NBA season begins in coming weeks. For now, check out one of the latest posts from PJ’s Instagram page!

KIM KARDASHIAN COVERS 'HARPER'S BAZAAR' MAGAZINE: 'WHEN YOU HAVE KIDS IT KEEPS YOU MOTIVATED'

KIM KARDASHIAN COVERS 'HARPER'S BAZAAR' MAGAZINE: 'WHEN YOU HAVE KIDS IT KEEPS YOU MOTIVATED'