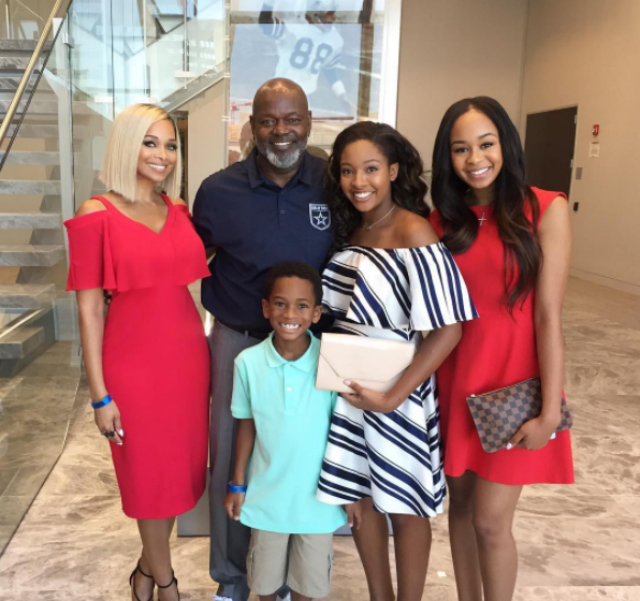 The Ring of Honor Walk unveiling was especially momentous for Emmitt Smith and his family earlier this week. The former Dallas Cowboys player was joined by his wife, Pat Smith, and kids as he revealed the ’22’ monument, which was in commemoration of Emmitt’s career as a Cowboys player during which he wore the number 22 on his jersey.

“What a[n] honor to unveil my #22 monument at the #ringofhonor walk,” Emmitt exclaimed online. “Thanks to my family for all your love and support year over year,” he added. “‪A memorable life moment today unveiling my @DallasCowboys #22 Ring of Honor Walk with my youngest. #Legacy‬.”

Today, my family and I had the honor of being part of the @Dallascowboys Ring of Honor unveiling ceremony!! Such a special moment for us!!! Love our Dallas Cowboys family and I'm so proud of my Hubby @emmittsmith22!!! #dallascowboys #dallascowboysringofhonor #swipeleft

Pat Smith also expressed joy in the city recognizing her husband for his accomplishments. “Today, my family and I had the honor of being part of the @Dallascowboys Ring of Honor unveiling ceremony,” Emmitt’s wife wrote online. “Such a special moment for us!!! Love our Dallas Cowboys family and I’m so proud of my Hubby.”

Emmitt’s 7-year-old son, Elijah, played an intricate role in the Ring of Honor Walk unveiling ceremony. “It’ll probably be a moment that he’ll never forget,” the celebrity father told media. “Something he’ll be able to talk about, show-and-tell at school would be great, but he’s trying to soak it all in.”

Little Elijah is Emmitt Smith’s youngest child. The former NFL player also has two daughters, Skylar and Rheagen, along with an older son.