LESLEY ANN BRANDT: ‘THIS IS MOTHERHOOD’ 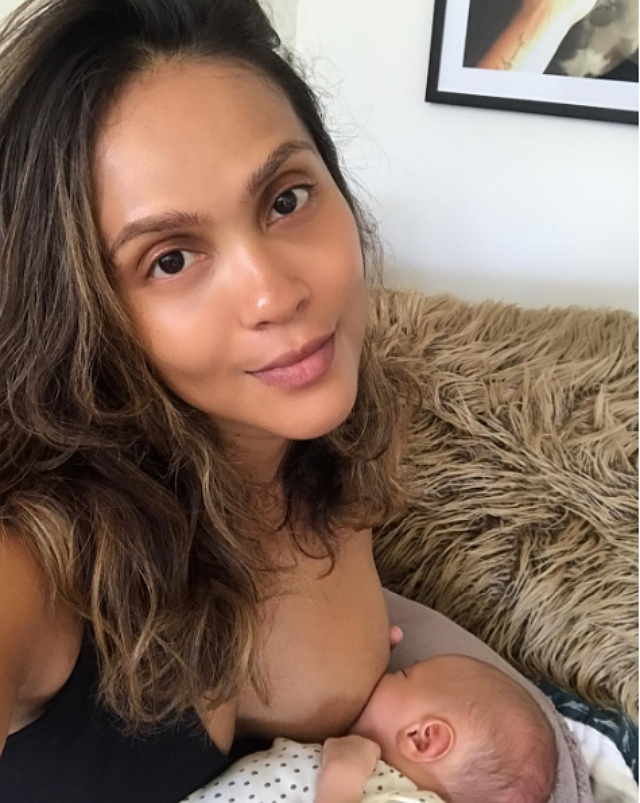 Lesley-Ann Brandt is embracing every part of motherhood. The celebrity mom recently shared a picture of her nursing her son, Kingston Payne, that led some people to criticize.

“This is motherhood,” Lee-Ann shared online along with a picture of her breastfeeding her son. “Needing to pee so badly but you just rocked the perfect latch and Bebe is nuzzled in nicely for a good feed. Priorities people. Priorities.”

Some folks’ priorities were definitely in the wrong place as they found nothing but negative things to say about Lee-Ann’s post. “I breast fed all 3 of my kids,” one follower said. “But I don’t understand why you feel the need to post it.”

Thank goodness that the critics were outweighed by positive speakers. “I wish there were more women like you posting gorgeous bf’ing who are also in the public eye,” one fan said. “It’s a real shame so many expect you to cover up or go somewhere on your own. Why is it ok for men to walk ’round topless in public and that’s ok, but women can’t even feed their babies without being sexualised. Ugh.” Ugh, indeed.

Because the world could use some of this guys happiness right now. ? #charlottesville #kingstonpayne #myking

Lesley-Ann also took to social media to condemn critics for their scrutiny. “Apparently an innocent photo of me feeding my child has ‘offended’ some on FB and sparked a really interesting and disturbing debate,” she explained.

Hello World. Be good to one another today. #kingstonpayne #myking

“‘It’s a private moment, she’s seeking attention, why would she post that, gross, women have been doing it for thousands of years, so what, you should cover up.’ The irony is that these same man and sadly women are all but fine to see these boobs in my work (Spartacus) but breastfeeding my son? How dare I! What does it say about how we treat mothers and women when folks are fine for an actress to show cleavage or boobs in a show,” she asked.

The kid has a way with the ladies @db4real , watch out ! ? Little Miss Dakota, you are precious! #kingstonpayne #myking

'LEAP!' IS DANCING INTO THEATERS, TEACHING AUDIENCES THAT DREAMS DO COME TRUE

QUEEN LATIFAH ON KIDS: 'YOU'LL KNOW WHEN YOU SEE ME WITH THE RUGRAT ON MY SHOULDER'

QUEEN LATIFAH ON KIDS: 'YOU'LL KNOW WHEN YOU SEE ME WITH THE RUGRAT ON MY SHOULDER'