MADONNA: ‘BIG BROTHERS ARE THE BEST’ 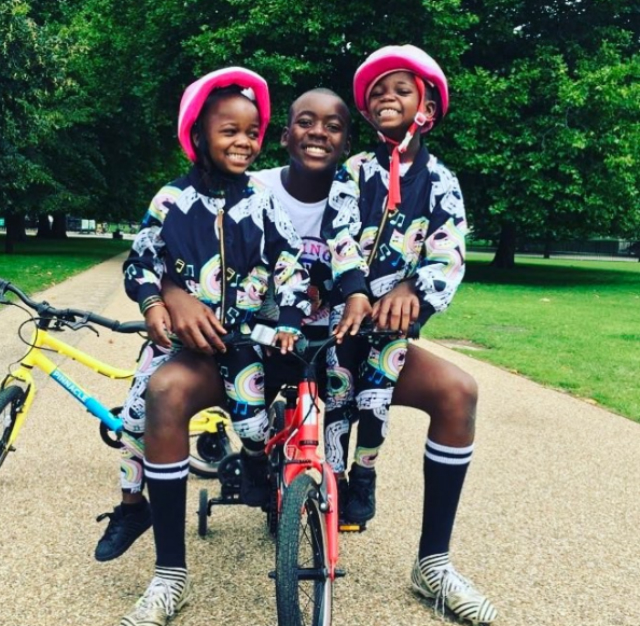 Big brothers are simply the best. Madonna shared pictures and video footage of her son, David, teaching her twin daughter, Estere and Stelle, the ropes this past weekend.

One video clip showed David teaching the girls how to play soccer. “Double Trouble gives Daddy long legs a run for his money,” Madonna captioned. “Reminds me when I used to play football with my brother,” one fan wrote.

Another candid was of David and the twins taking a break from bike riding. “Big Brothers Are the Best,” Madonna exclaimed.

David showed his little sisters how to groove to the song ‘Holiday’ this past weekend. The girls were all for the high energy as they moved forward and backward in efforts to keep up with their big brother. Estere and Stelle drew quite the crowd as one of Madonna’s friends laughed out loud as the youngsters got into the moment. “So adorable,” one of Madonna’s followers exclaimed. “Still feel the same way about Holiday Everytime I hear it.”

Estere and Stelle joined the family in February. The twins were adopted from Malawi just like David and their older sister, Mercy. “I met Mercy soon after I met my son David, but they were living in different orphanages. David was in Mchinji in Home of Hope, and Mercy was here in Blantyre at Kondanani,” Madonna shared during the opening ceremony of The Mercy James Institute for Pediatric Surgery and Intensive Care.

“When I held each of them in my arms, I whispered in their ears, that I would look after them,” Madonna added. “And I promised them that they would grow up into strong and healthy adults.”

The singer has been fulfilling her promise ever since. Madonna is the proud mother of six kids.