Home » NEWS » SHAD MOSS AND DAUGHTER VACATION IN THE BAHAMAS 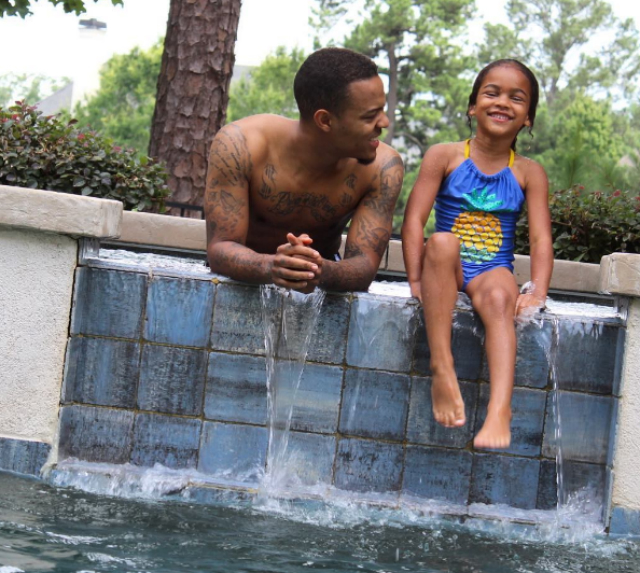 What better way to take a load off than in the Bahamas with your kid? Shad Moss and his daughter, Shai Moss, have been enjoying a vacation in paradise these past few days.

“Just the 2 of us,” Shad captioned in one of the photos. Shai was smiling from ear to ear in the candid while her father looked at her with adoration. “Life’s most precious moments,” one fan wrote. “King and lil princess,” another follower commented.

The world is yours

Shad is wrapping up the latest season of Growing Up Hip Hop: Atlanta. The series got off to an explosive start as Reginae Carter, Zonnique Pullins, and other celebrity kids joined Shad in taking fans behind the scenes of life as children of Hip Hop sensations. Fans got to see Reginae’s reaction to her father Lil Wayne’s controversial statements about Black Lives Matter, and Zonnique was placed in the hot seat after Brandon Barnes grew irritated with her lack of dedication during a vocal session.

“Snoop [Dogg] found me, so Snoop took me under his wing,” Shad told media of his career in entertainment that began when he was just a child. “I had Jermaine [Dupri] and Snoop my whole entire, so I kind of consider them to be the father figures in my life,” he explained. “It just so happened that they are iconic and they are who they are, but for me once I knew what I wanted to do at five. What better person to have than guys that have been doing it, coaching me, guiding me, and getting me through it.”

Shai is Shad Moss’ daughter with model Joie Chavis. She celebrated her sixth birthday in April.