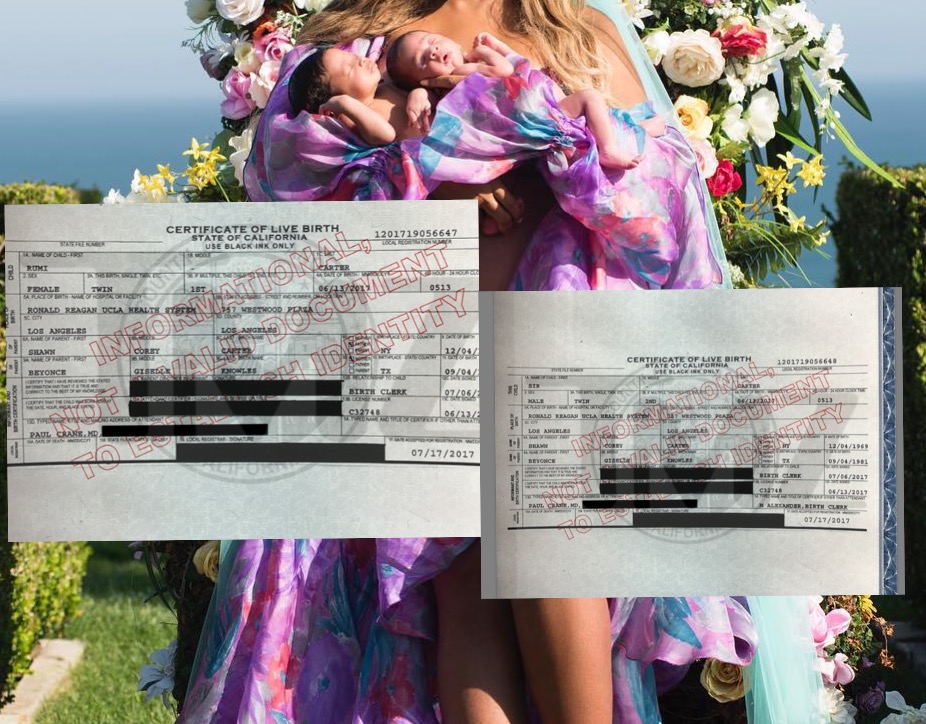 Last week we revealed that twins Rumi and Sir Carter were born on June 13, 2017, which is the same day as celebrity kid Summer Chamblin’s birthday, and now we can confirm it. Several media sources have obtained access to the birth certificates of Beyonce and Jay-Z’s newborns, and some of the revelation is what we already knew. Here are three fast facts about Rumi and Sir Carter’s birth.

2. Sir and Rumi were born in Westwood, and not Beverly Hills
Cedars Sinai did not host Bey and Jay’s labor and delivery experience as some assumed. Rumi and Sire were actually born at Ronald Reagan UCLA Medical Center in the Westwood neighborhood of Los Angeles.

3. Kim Kardashian’s OB/GYN delivered the Carter twins
Dr. Paul Crane, the same doctor who helped bring North and Saint into the world, was in charge of Beyonce’s labor and delivery experience. The two mega celebrity families officially have something in common!