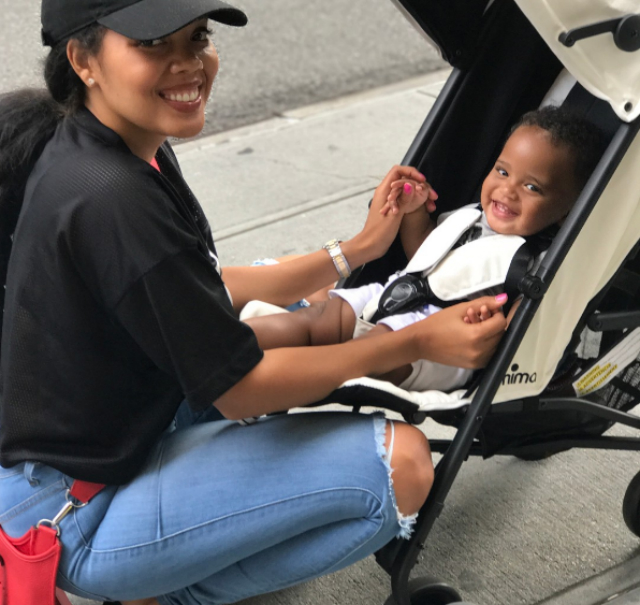 Where has the time gone? That’s a question that Angela Simmons is asking now that her son, Sutton Tennyson Jr., has reached the stage of exploration. The celebrity mom shared a series of pictures and a cute video clip of her with her little one earlier this week.

“Captured this morning,” Angela shared along with one picture of her son resting on her chest. “My heart,” she added. “Time surely passes by so quickly,” Angela exclaimed. “My little one doesn’t sit still unless he is sleep in my arms.”

It seems like just yesterday Angela was sharing news of her son’s arrival. Now, the little one is running around, discovering the wonders of life, and keeping mom on her toes.

“Motherhood has me really busy,” Angela said during a recent interview with VIBE. “I think I’m just adjusting,” she explained. “As life throws things towards you, you just have to adjust to whatever it is thrown your way.”

Adjusting for Angela means rearranging her schedule so that she can get workouts in with her son. “When no one’s around, I’m like, ‘Okay, time to workout with me,'” the celebrity revealed. “[Sutton’s] asleep during most of my workouts and I don’t usually do anything too strenuous when he’s with me. Just something to get me sweating.”

Little Sutton is Angela Simmons and fiance Sutton Tennyson Sr.’s only child. He celebrates his first birthday in September.