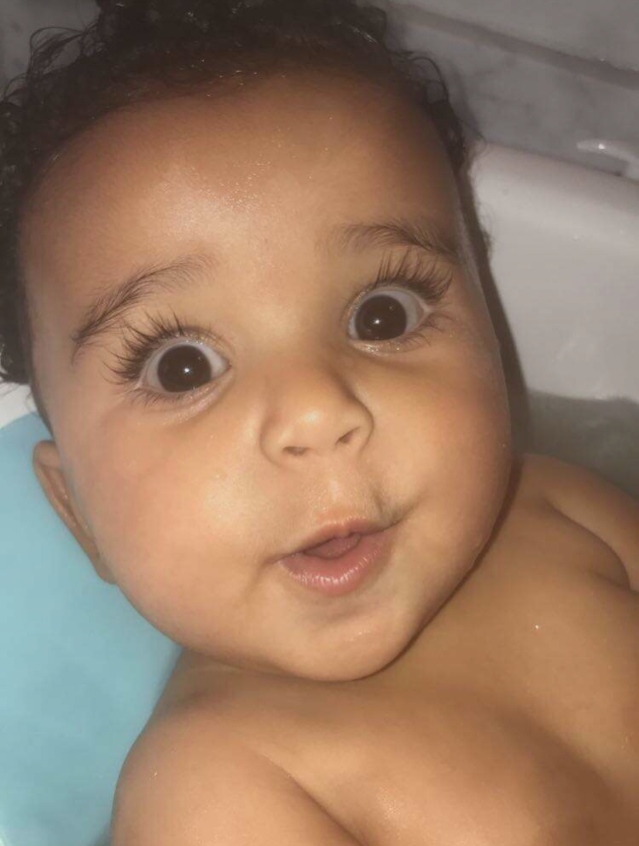 The look on Dream Kardashian’s face was our sentiments exactly when Rob Kardashian broke the Internet with his flood storm of Instagram posts on Wednesday.

“I’m a savage and I always have been and I always will be and I don’t give a f–k,” Rob said. “All u may think my daughter may see this one day and I hope she does cuz this ain’t love. I never want my daughter to be raised by a woman like Chyna who cheats and does drugs and alcohol with my baby in the house. Chyna been like this long before me but I chose to love all of her cuz I don’t judge,” he added.

The celebrity father went on to share secrets about his and Chyna’s relationship that included him paying for her to undergo weight loss surgery after Dream was born last year. “Second the baby was born she got body surgery I paid for and was gone from me and Dreams life,” Rob wrote. “She only could Breast feed for 4 weeks because she wanted to drink alcohol so bad,” he added.

Rob’s stream of messages caused Instagram administrators to block his account. The star father resumed his rant series on Twitter where nude posts of Blac Chyna were removed by administrators who let his account remain active.

“The entire family is very disappointed in Rob’s actions yesterday,” a family friend told E! News on Thursday. “Although the family has never been a fan of Chyna, they want what is best for Dream. The family is trying to focus on the positive things going on in their lives and hope that Rob will calm down and stop airing dirty laundry. The family is upset and thinks that Rob’s actions were inappropriate.”

How will all of this drama play out and affect baby Dream? We’ll just have to wait and see. Dream Kardashian is Rob Kardashian and Blac Chyna’s only child together. She celebrates her first birthday on November 10, 2017.

LUDACRIS: 'LET'S RAISE THE NEXT GENERATION TO BE EVEN STRONGER THAN US'

LUDACRIS: 'LET'S RAISE THE NEXT GENERATION TO BE EVEN STRONGER THAN US'