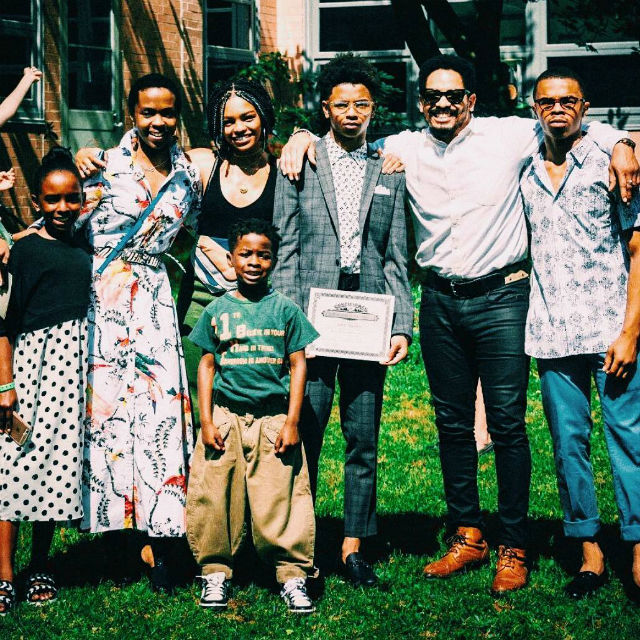 Lauryn Hill and Rohan Marley are enjoying parenthood. The celebrities shared pictures of their son, John Nesta Marley, on his graduation day.

“The Graduate,” Rohan shared along with a picture of his son on Instagram. The celebrity father also shared pictures and a cute video collage of his and Lauryn Hill’s grandson, Zephaniah. “THIS ONE CALLS ME BABA RUGA,” Rohan wrote online on Father’s Day. “I can see that you are enjoying your day,” one fan commented. “He looks just like you,” another follower noted.

Zion made Lauryn Hill and Rohan Marley grandparents for the first time in February. Rohan confirmed his grandson’s arrival with a scripture reference from Zephaniah 3:16. “In that day it shall be said to Jerusalem, Fear thou not: and to Zion, Let not thine hands be slack,” Rohan wrote. “JAH BLESSINGS ‘WE GIVE THANKS FOR LIFE Welcome to Earth Little ZEPHANIAH NESTA,” the star dad exclaimed.

Zephaniah was born into fame as Rohan Marley and Lauryn Hill have found success in their respective fields. “Awards are like whipped cream,” Lauryn said during an interview with The Guardian in 2013.

“It’s incredible, but it doesn’t change the essence of who I am,” Hill explained. “I’m still not convinced that I’m a success. I’m still like one day something might happen, and I’ll have to get another career. I kinda fell into this business, because I loved it, did it, but always stayed in school, always had other jobs, made sure that the bills were paid and the grades were good, just in case it didn’t work out.”