SEAN COMBS: ‘I’M THE LUCKIEST MAN IN THE WORLD’ 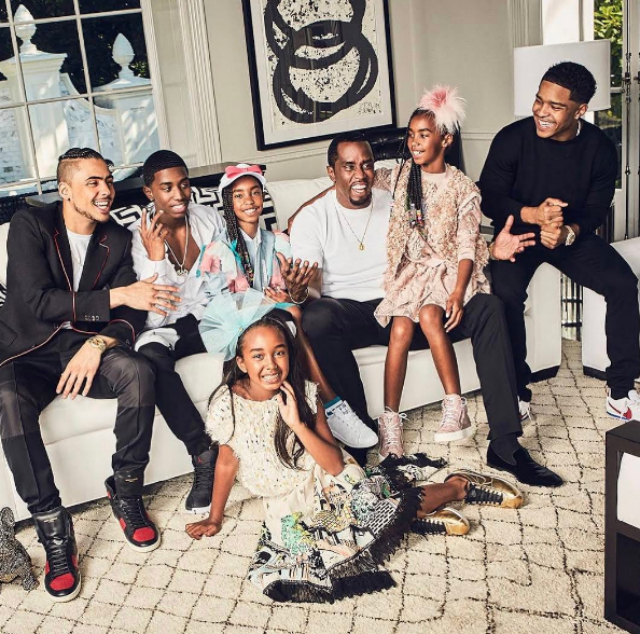 All of the money in the world could not provide the satisfaction that comes to Diddy when his kids celebrate him for being such a good father.

“That doesn’t matter to me,” the Hip Hop mogul tells PEOPLE of his title as Forbes’ richest celebrities. “I don’t care about the Forbes list. I care about being a great dad.”

Being a great dad includes setting his kids up for future success and being present for current events. “I got three girls, three boys, and they’re really kind, great people,” Diddy says of his kids. “They got a lot of love in their heart. I’m the luckiest man in the world.”

Although Diddy feels that he can do more to make up for past times of absence when he was on the road, the rapper’s kids have nothing but praise for their celebrity dad.

“He’s always motivating me and pushing me to be great,” Justin tells PEOPLE. The young adult made both of his parents proud as a UCLA freshman a few years back. Justin received a scholarship for football and had his father by his side on signing day. “[He’s] my dad and also my best friend at the same time,” Justin reveals.

Christian also has a great relationship with his father, though the teen’s partnership extends to business. “He is the boss of what I do in terms of making music,” Christian reveals. “He oversees everything, he’s the leader. We have a close relationship.”

See what else Diddy’s kids say about him and get the scoop on the Hip Hop mogul’s plans for the future in the latest issue of PEOPLE magazine on newsstands nationwide.