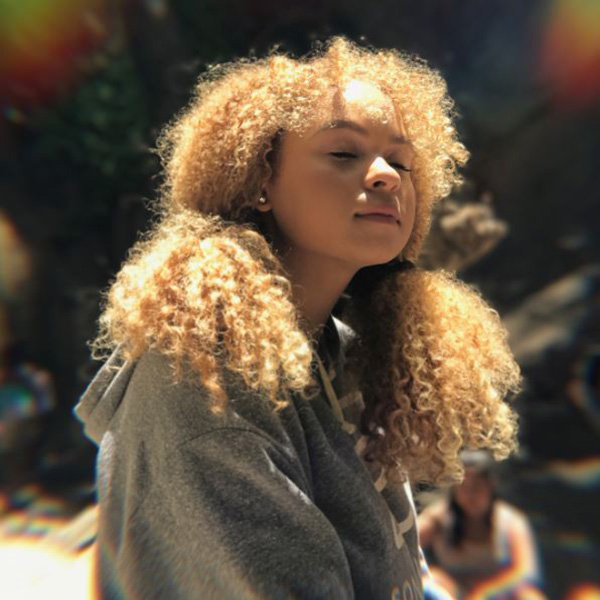 Aside from music, you also act. You’ve been acting for some time now and also have a big role in Deidra & Laney Rob a Train. Has acting just been a part of your life along with the music?
Yeah, I think so, before I was officially going to be a singer, I think I wanted to be an actress because growing up I never thought that I could sing. I was just like “Oh, I like to do this.” Ya know, I said, “I’ll sing in a few shows here and there in my hometown or do this but I’m not good.”

So, when I figured out like, “Oh my God, I could actually pursue this,” that definitely took over. But before that it was very much acting that I wanted to be apart of. So actually getting to do that today [is] so cool because I get to be in so many different projects with incredible actresses and actors and learn from all of them and learn a lot about myself in the process too.

Since Deidra & Laney Rob a Train premiered at Sundance, it’s been getting great reviews. It’s going to be on Netflix. How does it feel to go from acting in smaller roles and then this?
It was interesting. It was weird because when I was younger, I just starred in a lot of kids shows and fun things. So [it] was definitely a change of tone, but such an incredible one. That’s my favorite project [that] I’ve done so far. The people that I got to work with were just phenomenal. They taught me so much, and also I learned, really, how to be an actress. Singing for me is different because I’ve always done it so it’s something that’s like a part of me. But acting is something I really had to study and learn about and work on. So, actually being able to pursue that and be in a film that has gone to Sundance and is on Netflix…

It was a really cool opportunity for me to show people that I was very serious about acting in this particular film, just because this film is very important for this time, in my opinion, because it’s a very diverse film. There were so many types of people in this film but we didn’t highlight that, and we didn’t capitalize on it, we just kind of said, “Hey, this is life and this is what life looks like in the real world” and we’re just casting these people specifically because of their talent and I thought that was so awesome and I was so happy to be a part of that.

The sky is definitely the limit for this rising star. To follow Crow’s journey on Instagram, click here. Make sure that you “follow” because the video for “Dime” is coming soon and you don’t want to miss it!

A CELEBRITY BABY BLOG: 'NO SHAME, NO SHAME'

A CELEBRITY BABY BLOG: 'NO SHAME, NO SHAME'