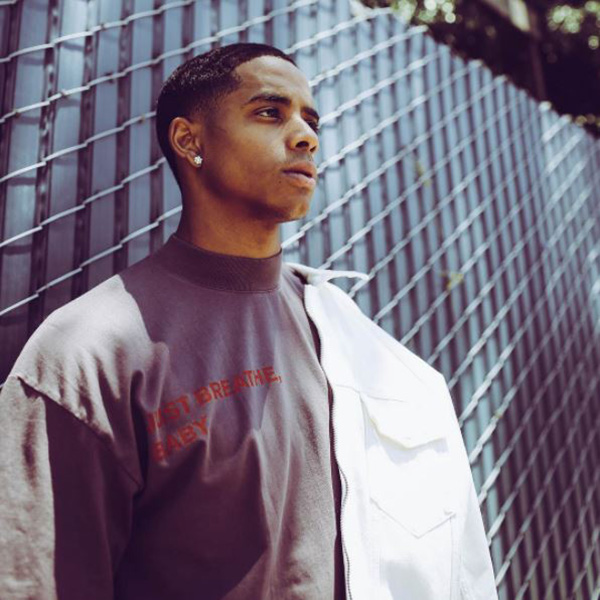 Snoop Dogg will forever be a hip hop icon; however, when it comes to fashion, his 20-year-old son, Cordell Broadus, is taking the lead, schooling his father on what’s hot and what’s not.

“I’m like his personal stylist,” Broadus told W Magazine. “He used to wear these big ol’ baggy jeans, and I literally had to take all his jeans out of his closet and get him some that were appropriate. He was wearing like a size 40 or 50 or something and he’s like, a 32. I was like, ‘Come on, dude! You can’t be wearing big baggy stuff like that no more. That’s not in.”

If you remember, Broadus recently made his runway debut in Milan at the Dolce & Gabbana Spring 2018 men’s fashion show. Now, the young fashion mogul is taking a streetwear brand, founded in 2007 by Japanese creative director Tom Hirota, Joyrich, to the next level with a capsule collection in honor of his father and his signature laid-back West Coast style.

Japan in August with one of my best friends – @rolaofficial

“I saw all these influencers like Kylie Jenner wearing him on their shirts, and he doesn’t get paid from that,” Broadus commented. “I wanted to capitalize on what’s happening right now, and having ’90s rappers on your shirt is what’s in.” The collection includes velour tracksuits, silk robes, and slides.

I made my dad proud ?

And of course, the best part-having the entire family walk the runway during MADE L.A. fashion week. “It was an incredible experience,” Broadus reminisces.

If you remember, Broadus played football for UCLA but last summer made the decisiofn to follow other dreams. “I played football for my father because I thought that was the only way he would love me and be a part of my life,” Broadus captioned an Instagram photo. “It took me 12 years to realize he loves Cordell Broadus the person not Cordell Broadus the football player. The best day of my life was when I heard those exact words.”

Broadus is now signed with Wilhelmina models, has stepped up his fashion game, and can boast about having over 600K followers on his own Instagram page. So what does the future hold for this rising star? “I want to be known as an entrepreneur first, and a filmmaker second.”

And we have no doubt that this Broadus will accomplish just that.