NATURI NAUGHTON IS BUMPING AROUND TOWN IN PROMOTION OF ‘POWER’ 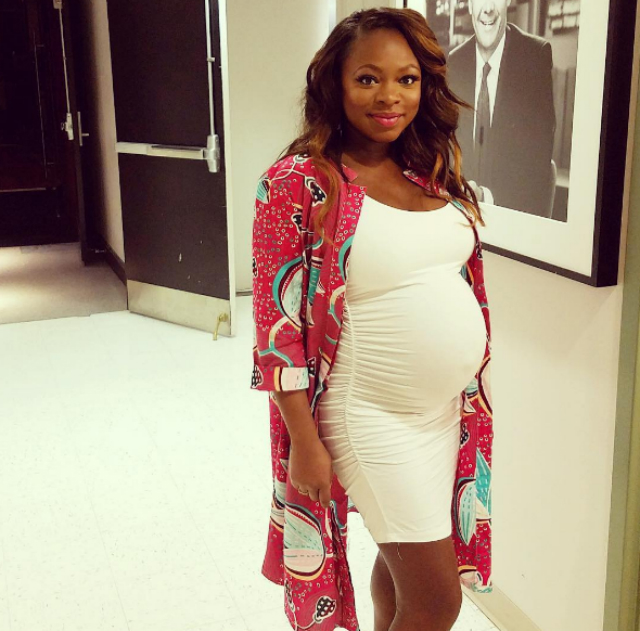 Can we take a moment to recognize the hard worker that is Naturi Naughton? The actress is nine months pregnant and still making public appearances in promotion of her hit television series Power. Naturi took to Instagram to celebrate the show’s fourth season.

“ITS GOIN DOWWWNN,” Naturi exclaimed on Sunday. Thousands of fans commented on the show’s first episode after it premiered on the STARZ network. “Girl I was screaming at the TV telling Angie to get out Tashas house,” one follower mused. “Loved it,” another fan wrote.

Naturi Naughton portrays Tasha on the hit series that has taken the network by storm. The expectant actress stars alongside rapper 50 Cent, who stars as Kanan on the show and serves as an executive producer behind the scenes, and Omari Harwick who serve’s as Naturi’s onscreen husband. James “Ghost” St. Patrick is incarcerated this season and Tasha must learn to carry on as a single mother and head of household.

“Tasha really evolves,” Naturi revealed during her and 50 Cent’s interview with Good Morning America earlier this week. “She becomes a stronger woman,” the actress added. “She also kind of takes control as a mother. Ghost is in prison and, honestly, she has to pick up the pieces. When you watch this season, you’re going to be like, ‘He left her with a bunch of mess.’ We don’t know what to do because our lives are kind of shaken,” she revealed.

Naturi Naughton’s life will be “shaken” for the better in coming weeks when she gives birth to her first child. The actress took to Instagram to celebrate her impending labor and delivery experience. “It’s almost that time,” the actress exclaimed. “Nine months and fabulous,” she hashtagged. Stay tuned for more Naturi Naughton baby news!

LAMAR ODOM SHARES ALL WITH WENDY WILLIAMS: 'IT'S GOOD TO BE PRESENT'