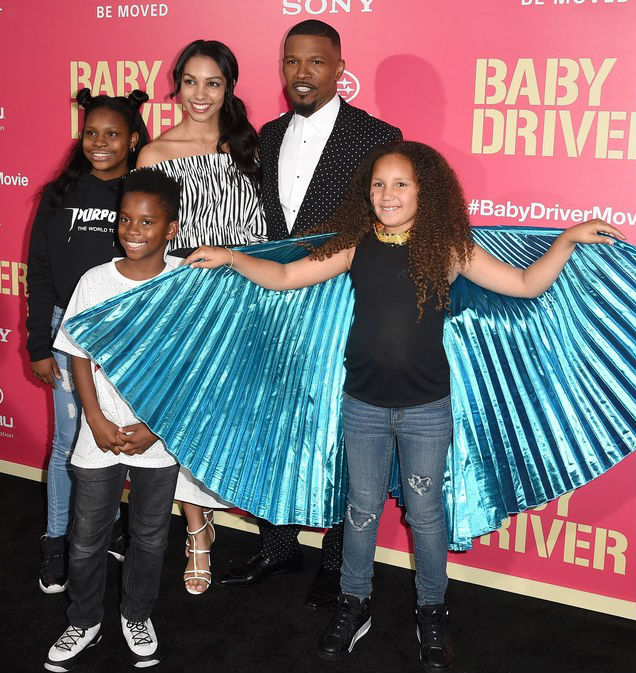 Jamie Foxx appeared on Friday’s episode of the U.K.’s The Graham Norton Show and admitted that his youngest daughter, Annalise Bishop, loves his celebrity status. “She loves all that Hollywood stuff. Someone gave me a convertible Rolls Royce to drive and she loved it with the roof down driving down Sunset Boulevard,” Foxx recalled. “When we got near Soho House I said, ‘We’ve got to put the roof up because it looks terrible arriving like this.’ And, just as I put up the roof up she shouted out, ‘Jamie Foxx is in the House!'”

As for dating as a single dad, the Baby Driver star says, “It’s tough out there. I am getting older but people think I am younger,” he said. “I was at a club the other night and a group of girls shouted my name. I was like, ‘Hey, what’s up?’ and they said, ‘We go to school with your daughter!’ You have to be so careful.”

Jamie’s oldest daughter is in her 20’s. Annalise Bishop will turn seven in August.

THE BOSH FAMILY TAKES ON MONTANA