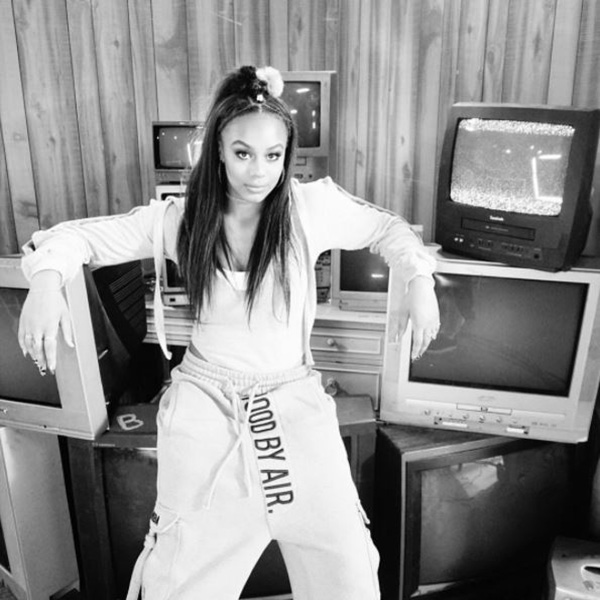 Nia Sioux, well-known for her role on Lifetime’s Dance Mom’s has definitely had the busiest 2017 on record and it doesn’t look like she has any plans to slow down soon! The teenage rising star recently launched her own show, “Girl Problems” on @LIVE.LY, in addition to having released her new single, “Dance” along with a show-stopping video.

Well, Sioux is back at it in the studio again and has just released yet another chart-topping hit, just in time for her sweet 16! You can check out “You Don’t Really Wanna,” below, but first, catch up with Sioux in our BCKOnline exclusive interview.

BCKOnline: You are debuting your new a song and video on June 20th…tell us about your latest project?

Nia Sioux: Yes! So excited to have my new single come out on my birthday! And the video the day after. Since I can’t spend my birthday with every single one of my fans, i figured releasing a song is a way to give them a piece of me. I hope they like the more mature look and sound i am going for.

BCKOnline: How would you categorize your musical style?

Nia Sioux: My musical style varies tremendously from song to song. I love experimenting with different sounds. Right now I would say I am incorporating an urban pop style in most of my music.

BCKOnline: Do you see music becoming more of a prominent career for you, taking a top priority over dance and/or acting?

Nia Sioux: I am a performer. I really see myself as a triple threat. I love to sing, act and dance!!! My interests are constantly evolving and I enjoy having opportunities to stretch my talents. Right now, I am fortunate that I am pursuing my music.

BCKOnline: Where do you find your inspiration for your songs?

Nia Sioux: Typically I use my life experiences as inspiration for my music. I like to sing about things I am currently going through that other teens could relate to. I want my music to be relatable and dynamic.

BCKOnline: Who would sing with you in your ideal duet?

Nia Sioux: My future plans include studying and preparing for college. In addition to producing new music, I would also love the opportunity to act in a feature film or in a role as a series regular for a scripted television program. I hope to return to stage and possibly perform on a Broadway stage.

BCKOnline: What are some of your favorite things to do during your downtime?

Nia Sioux: When I have free time I love to connect with my friends. Whether I am taking a quick selfie for my Snapchat streaks or FaceTiming with a friend, I love to use technology to keep in touch with friends. I also love to experiment with makeup and try new techniques. Makeup is an art and I see it as another example of artistic expression- similar to dance. But perhaps one of my greatest pleasures would be spending time with my dogs. Whether I am taking them out for a walk or grooming them, I love spending time with Olive and Henry.

CARON BUTLER IS AN 'EVERYDAY DAD'

CARON BUTLER IS AN 'EVERYDAY DAD'