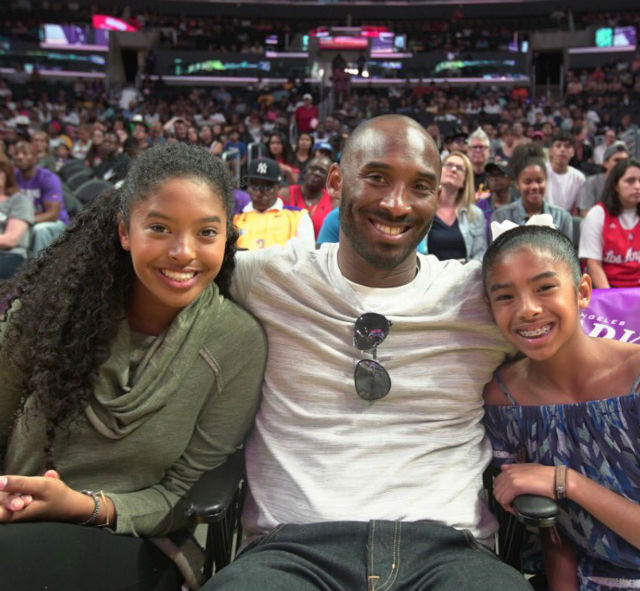 Father’s Day for Kobe Bryant consisted of a WNBA game with his daughters, Gianna and Natalia. The former NBA player and his kids witnessed history as Diana Taurasi became the association’s all-time leading scorer.

“Her work ethic and her body of work… It’s extremely consistent,” Kobe said of Diana’s accomplishment. Bryant went on to tell reporters, “We had this plan on our schedule for quite some time, and it worked in our favor that we could actually see a historical night.”

"Her work ethic & her body of work… It's extremely consistent."@kobebryant on @DianaTaurasi. pic.twitter.com/FkMtQ6mh8D

Sunday’s event was extra special since Kobe Bryant had both Gianna and Natalie with him at the game. “Gianna would normally come with me [but] because it’s Father’s Day, Natalia came with me too. So I’m winning today.”

Bianka, Kobe and Vanessa Bryant’s youngest child, wasn’t able to make the trip but she did manage to amaze her father during a recent trip to Disneyland. Bianka consumed her drink through a straw to the delight and shock of dad who was holding her at the theme park.

It has been a few months since Kobe Bryant retired from the NBA. He was the first professional basketball player to serve on the same team for the entirety of his career, which spanned two decades.

Kobe and Vanessa Bryant have three kids together. The couple’s youngest child, Bianka, celebrates her first birthday in December.