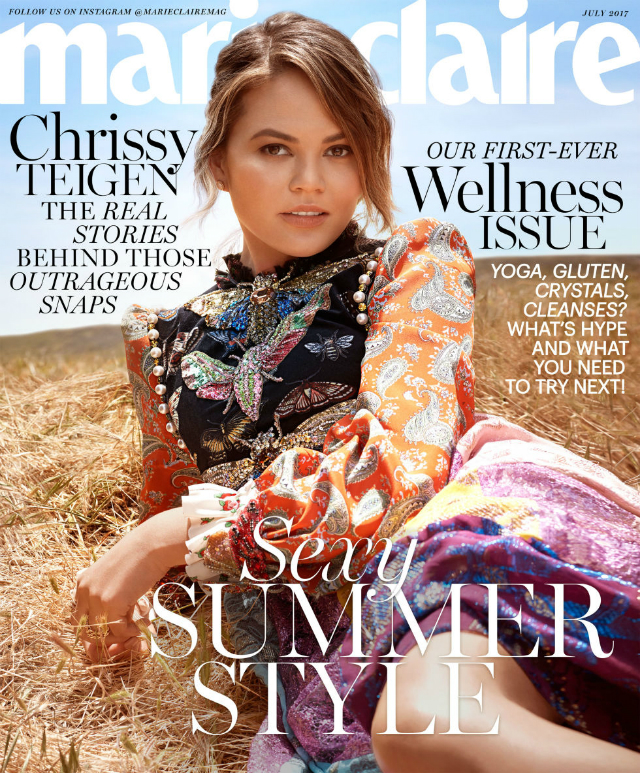 Are Chrissy Teigen and John Legend thinking of expanding the family? Maybe so. The celebrity mom tells Marie Claire that pregnancy or even adoption may be options for little brothers or sisters for Luna.

“I would definitely adopt or have foster children,” Chrissy reveals. “But I loved being pregnant,” she admits. “Maybe I should be scared [of having PPD again], but I don’t know. It couldn’t be any worse than it was–could it?”

Chrissy suffered from postpartum depression shortly after giving birth to her and John Legend’s daughter last year. The celebrity mom ignored the problem until the disorder reached a point of severity.

“Getting out of bed to get to set on time was painful,” Chrissy wrote in an open letter for Glamour in March. “The mental pain of knowing I let so many people down at once was worse than the physical pain. To have people that you respect, who are the best in the business, witness you at your worst is tough.”

Chrissy has been on the road to recovery ever since her diagnosis of PPD came from the doctor in December. Now, the star mom is thinking of having more kids. How exciting is that?

Luna celebrated her first birthday in April. She is John Legend and Chrissy Teigen’s only child.