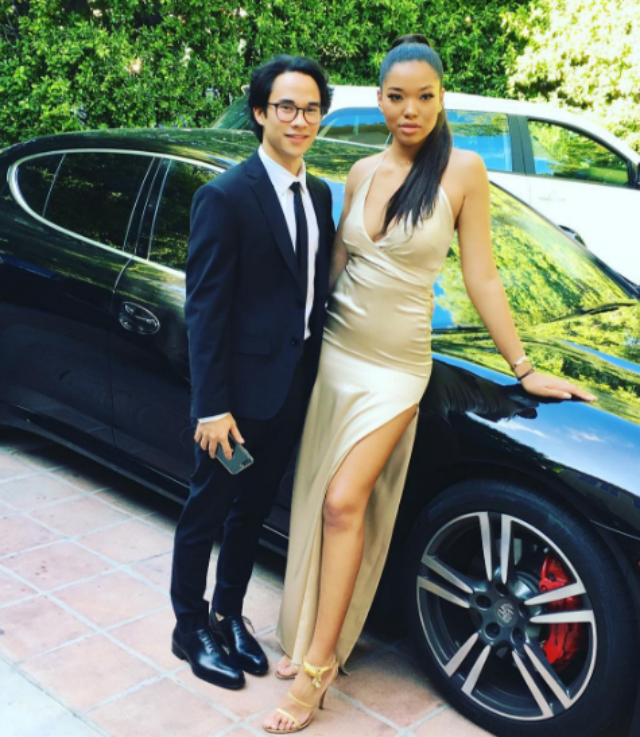 Where has the time gone? Ming Lee Simmons, daughter of Kimora Lee Simmons and ex-husband Russell Simmons, attended junior prom this past weekend. Of course, the daughter of a fashion mogul slayed.

“Kenzo Lee actually said, ‘I want to go to prom with ming,'” Kimora told her Instagram fans. The celebrity mom also shared a picture of her daughter hugging her younger sibling before heading off to prom. “My baby’s going to junior PROM,” Kimora exclaimed in another Instagram post.

“I’ve been emotional and crying all week and alllll day!! You look great @mingleesimmons! Have a great time!! Oh, and mama made this dress! And I made that beauty that’s wearing it!” Kudos to Kimora for making a fabulous gown!

We made this champagne silk slip dress for the beautiful @mingleesimmons. it's called the "ming ming" it's in my latest collection…???? #prom17

It’s hard to believe that Ming has reached the prom stage in high school. It seems like just yesterday that the teen was posing alongside her kids for OK! Magazine.

“I’m a very hands-on mother,” she revealed during the 2007 interview. “They’re really wild and outgoing,” Kimora said of her daughters, Ming and Aoki.

@mingleesimmons @unclerush @kimoraleesimmons #prom17 You all KNOW I've been crying my eyes out right?! AAND I asked if her dad could drive her!! She said "NO MAMA"?????

“I think they mimic their mother, so that accounts for some of their business sense at such a young age, working very hard and being funny. They help me buckle down and focus. I’m such a kid at heart, so we have fun together. I’m always with them, whether it’s work or play. I’m never away from them for more than a few days at a time. They’re good kids.”

Kimora is the proud mother of four children. Ming is the fashion mogul’s oldest kid.

WATCH: THE MINIONS HANG OUT WITH PHARRELL IN 'YELLOW LIGHT' VIDEO

WATCH: THE MINIONS HANG OUT WITH PHARRELL IN 'YELLOW LIGHT' VIDEO