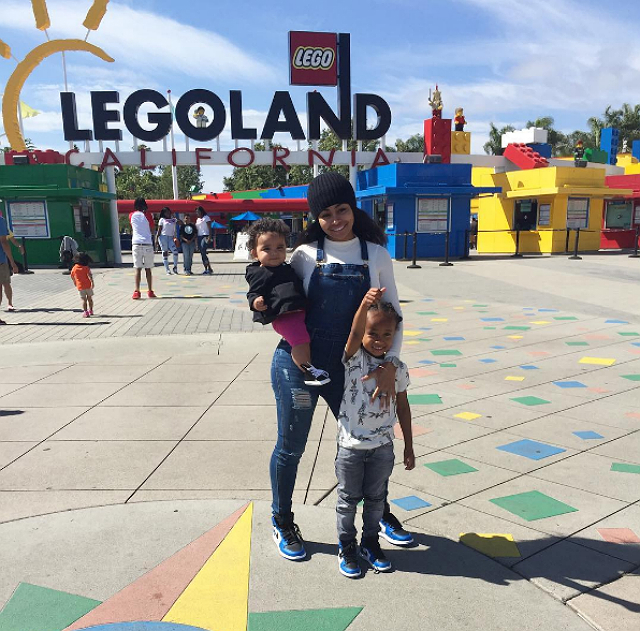 It was a Lego Land weekend for Blac Chyna and the kids. The celebrity mom shared pictures from her son, King Cairo, and daughter Dream’s trip to the theme park in Carlsbad.

“My poom poom nuggets had a blast at LegoLand,” Chyna shared along with a picture of her and the kids outside of the attraction. King was all smiles while holding what appeared to be a thumbs up to the camera. Dream also looked into the camera’s lens while resting in her mother’s arms.

Blac Chyna and the kids’ visit to Lego Land takes fans back to last year when King, Blac Chyna, and Rob Kardashian visited the theme park. Rob and Chyna were in a relationship at the time that many believed would lead to marriage. The relationship, however, ended shortly after their daughter’s birth.

“I feel like every person who’s in a long-term relationship, or who is committed to their person, goes through ups and downs,” Chyna shared with Cosmopolitan: South Africa in March. “Everything isn’t always going to be peaches and cream. If it is, then it’s fake. I’m in it for the long haul, so I feel like my advice [for anyone in a similar situation] is therapy, know each other’s family, calling each other’s moms.”

Even though they are no longer a couple, Blac Chyna and Rob Kardashian do a great job of co-parenting their daughter, Dream. King Cairo is Chyna’s son with rapper, Tyga.