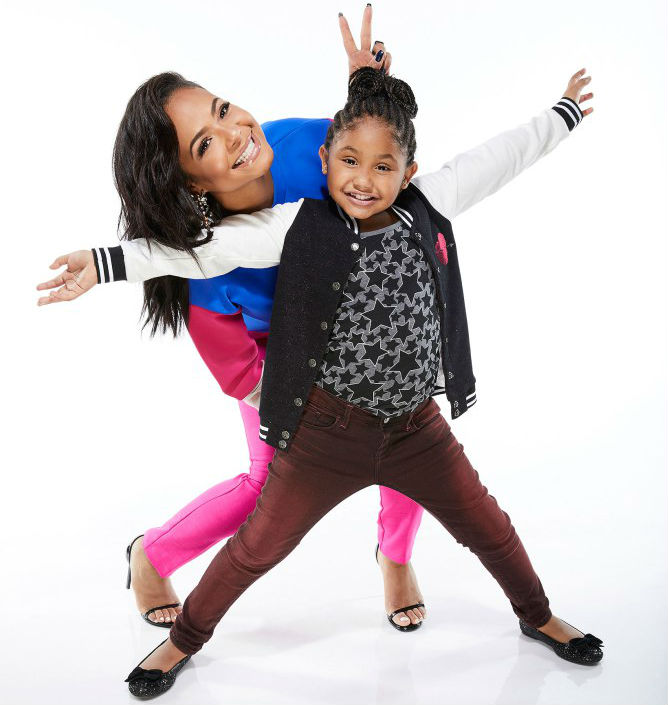 Anyone who caught Big Star Little Star last night saw Christina Milian’s most embarrassing moment on camera. The celebrity’s daughter, Violet Nash, answered a question about the dirtiest thing her mom does so candidly that there was no way for Christina to live down the response.

“The dirtiest thing my mom does is fart,” Violet told viewers. The little one also made the stinky face and hand gestures that represented her efforts to literally clear the air. Hilarious!

“You never know what you’re going to get or what your kid is going to say but it’s pretty funny,” Christina said after the show. “The most embarrassing moment was [her] telling people about me farting,” the celebrity mom added.

This isn’t the first time Christina Milian has been ousted on camera. It was just a few months ago that the star mom got her nipple pierced in front of family and cameramen filming for her reality series, Christina Milian Turned Up!

“Not embarrassing at all,” Milian said of her piercing session, which took place in front of her mom. “My family and I are very uninhibited and we share a lot of our personal life with each other. I came from my mom and she knows what my boob looks like,” she added.

Milian’s mom knows what her chest looks like and now the rest of the world knows her dirtiest secret thanks to Violet. Catch Big Star Little Star every Wednesday at 9/8c on USA Network!

BABY AND ME? KHLOE KARDASHIAN'S FERTILITY STRUGGLES COME TO THE FOREFRONT ON 'KUWTK' SEASON FINALE