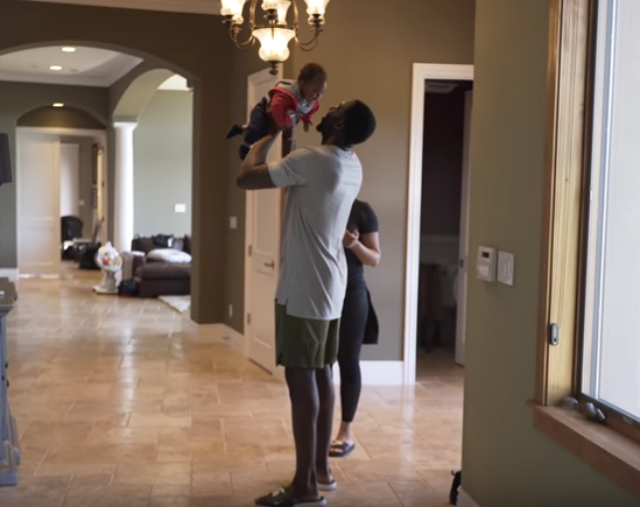 Draymond Green is in high competition for an NBA championship but nothing compares to fathering his 4-month-old son, Draymond Jamal, and daughter, Kyla.

“Actually, during the playoffs, you get more time with your family than during the regular season,” he shares in a recent episode of UNITERRUPTED. Draymond goes on to tell media that the regular season consists of “two games on the road, two games home, and there’s usually games in between those games.”

The Golden State Warriors defensive is definitely enjoying the benefits of the playoff season and the double effect of spending more time with his family. The celebrity father admits, however, that balancing his career with home life is no easy feat.

“As much as you want to say, ‘Aw man, I’m going to operate on my own schedule. It’s playoff time. I’m doing this,’ it just don’t work that way all the time,” Draymond explains. “You got a 4-month-old,” the star father adds. “He don’t have a clue what the playoffs is.”

Still, “that’s a part of being one of the top athletes in the world,” Draymond shares. “You have to adjust,” the NBA player adds. “Sometimes stuff happens and you just have to adjust to it.”

The Golden State Warriors beat the Cleveland Cavaliers in a Game 3 final score of 118-113. Game 4 of this year’s NBA championship series convenes on Friday at 6 pm (PST).