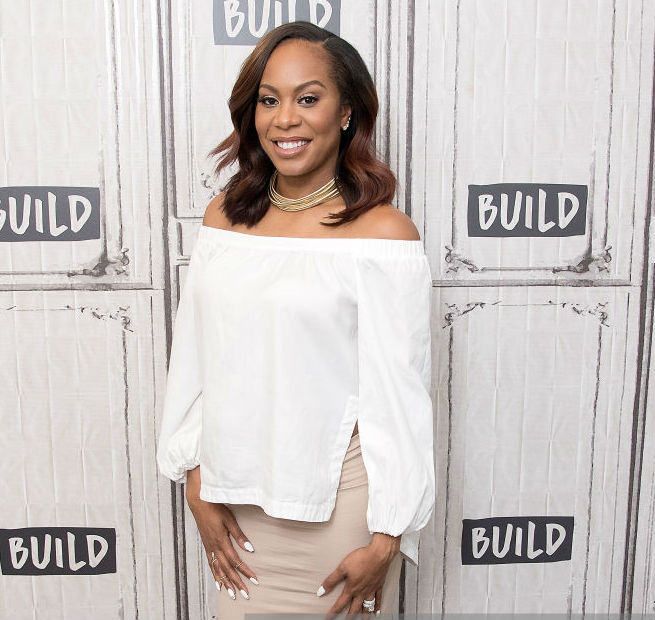 Sanya Richards-Ross is pregnant for the second time around. The Olympian opens up about her abortion right before the 2008 Beijing Games in her new memoir, Chasing Grace.

“Over the phone, we didn’t go into details,” Sanya writes of her and then-fiance Aaron Ross’ decision to terminate the pregnancy. “As if not saying it would alleviate some of the guilt and the shame,” she adds.

Richards-Ross found success at the 2008 Olympic Games but not without great sacrifice. “I made a decision that broke me, and one from which I would not immediately heal,” the expectant star shares. “Abortion would now forever be a part of my life. A scarlet letter I never thought I’d wear. I was a champion— and not just an ordinary one, but a world-class, record-breaking champion. From the heights of that reality, I fell into a depth of despair.”

From despair comes joy. Sanya Richards-Ross announced her and now-husband Aaron Ross’ expectancy in February. “Many parts of our lives have felt like a fairy tale, but this is our biggest blessing yet,” Sanya and Aaron shared with their fans. “We are so excited to start a family and can’t wait to begin this new adventure,” the couple exclaimed.

Sanya and Aaron Ross are expecting their little one to arrive in coming weeks. The newborn will make the couple parents for the first time. Learn more about Sanya Richards-Ross’ memoir here.

'STAY STRONG, UK:' USHER MISSED ONE LOVE MANCHESTER CONCERT TO BE WITH HIS SON

'STAY STRONG, UK:' USHER MISSED ONE LOVE MANCHESTER CONCERT TO BE WITH HIS SON