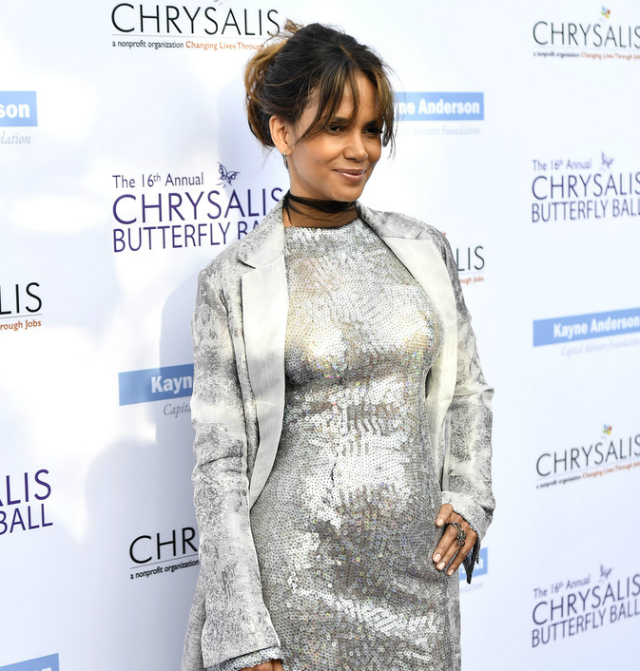 Is Halle Berry pregnant? Some fans think so. The actress made quite the appearance at last night’s Butterfly Ball. Halle appeared to show off a baby bump while on the red carpet.

The celebrity mom looked as if she were cradling her protruding stomach in several shots. Some fans even thought that Berry bore the glow of a pregnant woman. “She’s yelling yes to everyone,” one follower wrote online. “Are y’all blind,” another confident fan jokingly asked. “Clearly she is pregnant. Why else would she be holding her belly like that?”

Is she or isn't she? That's the question that everyone is asking. Is Halle Berry expecting her third child? What do you guys think? Stay tune as we try to find the answer to the question. ?#bck#babybump#bumpwatch#halleberry#pregnancywatch

Pregnancy came as a surprise to Halle in 2014. The actress was 46-years-old at the time and learned that she and then-husband Olivier Martinez were expecting a son. “I didn’t think it was possible at my age, honestly,” Halle revealed. “This is probably way TMI, but I was kinda premenopausal, so to have this happen was huge.”

Berry told Ellen DeGeneres that her daughter, Nahla, prayed for a sibling back then. The actress welcomed her son, Maceo, on October 5, 2013. Could Nahla have prayed for another little brother or sister? Maybe so.

Halle has neither confirmed nor denied expectancy. This will be the actress’ third child if she is pregnant.