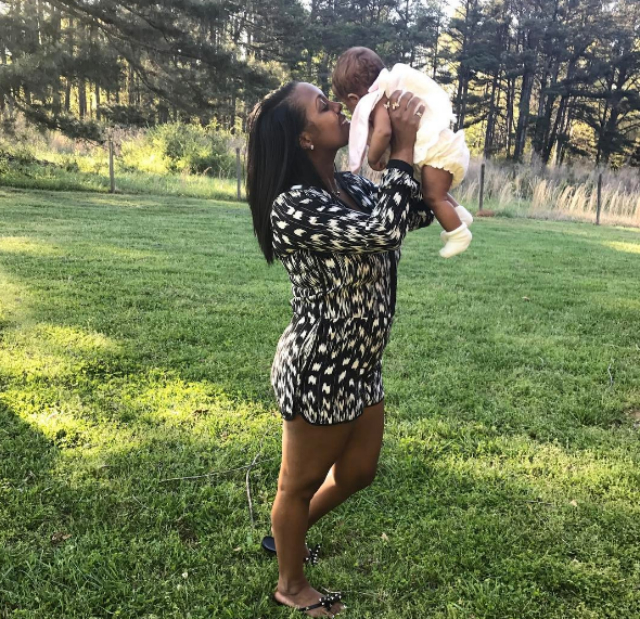 Keshia Knight Pulliam does not tolerate tardiness. The actress has reportedly petitioned the courts with a request to automatically deduct child support payments from estranged husband Ed Hartwell’s pension plan because of his failure to provide recompense to financially support their daughter, Ella Grace, in a timely manner.

“Keshia filed new court docs in her pending divorce from ex-NFL player Ed Hartwell, asking that all of his future child support payments come directly from his NFL retirement or disability money. She says Ed’s been late a lot lately, and he hasn’t paid for May.”

Pulliam also claims that her international travel plans have been interrupted due to Ed’s failure to sign documents that would allow her to take Ella Grace out of the country.

Ed Hartwell filed for divorce from Keshia Knight Pulliam last July while the actress was still pregnant with their child. Rumor of Keshia being an infidel began spreading shortly after news of her separation hit mainstream media. The actress, however, quickly cleared the air in a sit-down interview with ET Online in which she told media that Ed’s plans for divorce caught her off guard.

CHRISTINA MILIAN GETS REAL ABOUT HER DAUGHTER AND TECHNOLOGY

MADONNA IS ONE TIRED MAMA AND HERE'S WHY

MADONNA IS ONE TIRED MAMA AND HERE'S WHY