Home » NEWS » ALESHA DIXON: ‘I WANT TO BE THE BEST ROLE MODEL FOR MY DAUGHTER’

ALESHA DIXON: ‘I WANT TO BE THE BEST ROLE MODEL FOR MY DAUGHTER’ 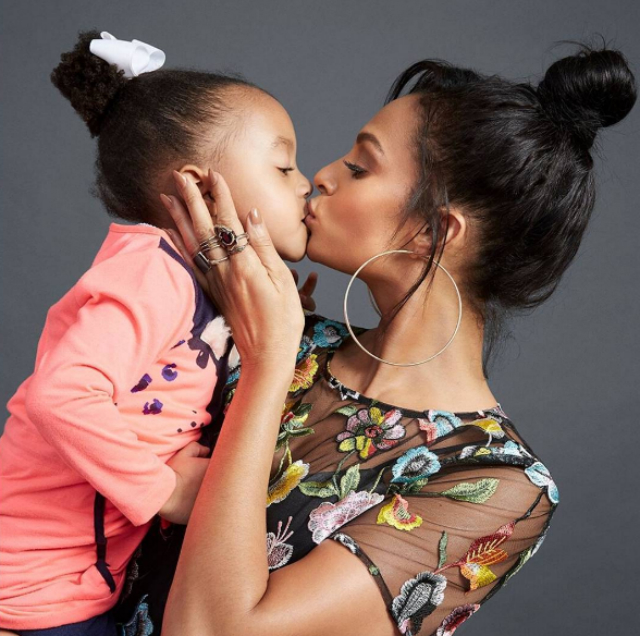 Alesha Dixon is inspired by her daughter, Azura Ononye, to work hard and pursue the seemingly impossible. The British singer tells Evening Standard about her life as a mom and entertainer.

“I want to be the best role model for my daughter, her No 1 role model,” Alesha tells the media source. “Azura did definitely re-energize me and motivate me because now it’s not just about me anymore, it’s about her. It’s almost made me want to work even harder whilst still being a present mom and being home and spending quality time with her,” Dixon adds.

Azura was born in 2013. Alesha has worked to expose her daughter to various aspects of show business ever since with the most recent being The PowerPuff Girls Emporium, which is an exhibit based on the hit nineties television series.

“I think these seeds [of women superheroes] need to be planted from a really young age,” Alesha shares with Evening Standard. “My daughter is three and a half and I want her to see females in the programs that she already watches just so that it’s a normality. I want [her] growing up realizing the world is her oyster and anything she puts her mind to and wants to do, she can.”

Azura is Alesha Dixon’s daughter with her partner, Azuka Ononye. She celebrates her fourth birthday in October.