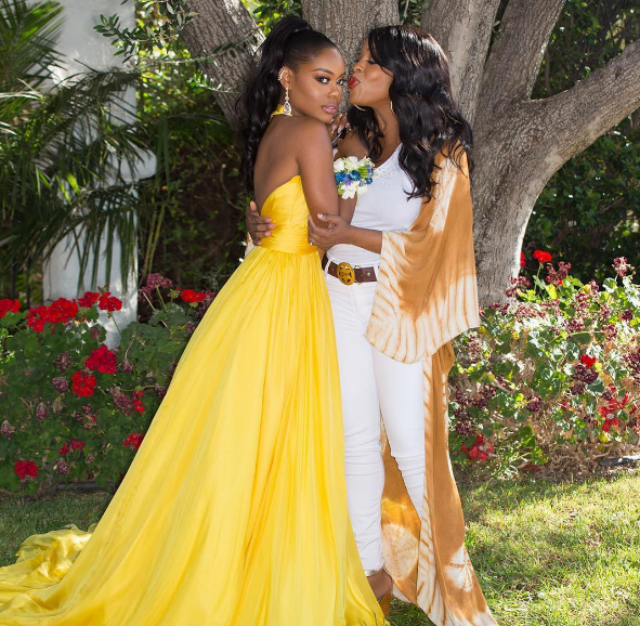 Mellow •| Yellow ?until…. @contacthardy hit em with the hot tracks ??

Dia showed off a dress crafted by Jovani Fashions. “The pot and The kettle,” Niecy captioned underneath one pic of her and Dia. The celebrity mom shared other pictures of her daughter with other members of the family. “Dad. Stepdad. Grandfather. Brother,” Niecy said of one candid in which Dia stood in the middle of her loved ones. “Don’t start none. Won’t be none,” the actress added. “Her village.”

Zola is Nicole Murphy’s daughter with ex-husband Eddie Murphy. It was just a few weeks ago that Nicole gave a tidbit of advice to busy moms like herself. “I always tell people to drink lots of water and put sunblock on, protect yourself,” she revealed at ABC’s Mother’s Day Luncheon. “Trust me, I have my moments,” Murphy admitted. “I’m not superwoman… but if I eat right, I have more energy.”