BRING ON THE DRAMA! LAST NIGHT’S ‘GROWING UP HIP HOP: ATLANTA’ WAS ‘LIT’ 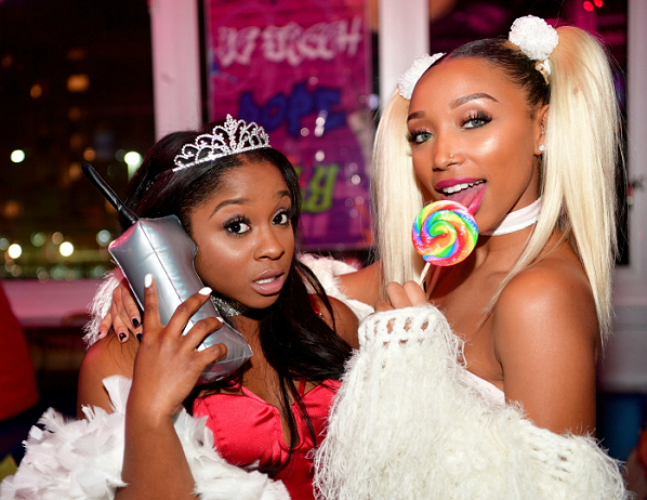 Those who watched the premiere of Growing Up Hip Hop: Atlanta last night got front row seats to all of the inside drama that came about after Lil Wayne’s comments concerning Black Lives Matter. Zonnique Pullins and Reginae Carter were definitely caught in the crossfire of their fathers’ public disagreement.

For those who do not know, or forgot, Lil Wayne participated in an interview a few months back in which he told Nightline’s Linsey Davis that he did not feel connected to the Black Lives Matter movement that was sweeping the nation at the time. “I don’t feel connected to a d*mn thing,” he revealed. “That ain’t got nothin’ to do with me.” Wayne went on to say, “If You do, you crazy as sh*t.”

T.I., a big supporter of Black Lives Matter and overall equality for minorities living in the United States, was not pleased with his good friend’s comments and expressed his disdain on Instagram. “I KNOW you wired a bit different than most other responsible adults, but still n*gga U TRIPPING,” Tip exclaimed. The ‘Troubleman’ rapper further wrote, “Stop embarrassing yourself and everyone out here who’s been supporting you. There is no middle ground. Oppression knows no neutral party, either you’re part of the oppressed or you with the oppressor. There is no such thing as oppression not affecting you.”

Of course, being the good daughter that she is, Reginae stood in support of her father. The teen told Growing Up Hip Hop: Atlanta viewers and co-hosts that her father’s comments were taken out of context. Zonnique, T.I.’s stepdaughter, agreed with her good friend and asked how they got caught in the middle of the drama.

See how Reginae handles the scandal surrounding her father’s comments when episode two of Growing Up Hip Hop: Atlanta airs on Thursday, June 1, 2017, at 9 PM on WEtv. Get caught up with the first few minutes of Thursday night’s premiere below!