Home » PARENTING » Hot Topic » SHOULD CELEBRITIES’ KIDS BE OFF LIMITS? ‘THE REAL’ TALKS ABOUT NORTH WEST’S REQUEST FOR ‘NO PICTURES’

SHOULD CELEBRITIES’ KIDS BE OFF LIMITS? ‘THE REAL’ TALKS ABOUT NORTH WEST’S REQUEST FOR ‘NO PICTURES’ 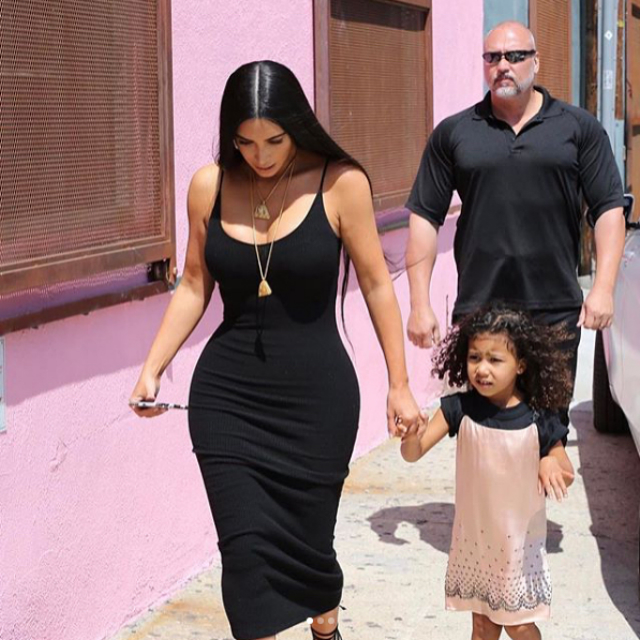 North West was recently photographed while leaving the Ice Cream museum with her mom, Kim Kardashian, and the ladies of The Real are talking about the scene.

North was photographed and filmed while screaming, “No pictures” at the top of her lungs to paparazzi who surrounded her and mom. Kim, who probably felt her daughter’s excitement, chuckled at North’s response to the spotlight and assured her that no more pictures would be taken right before ushering the little one into the backseat of the family’s vehicle.

While many deemed the segment as one in which Nori outshined mom with her big personality, Tamera and Remy Ma used North’s interaction to shed light on kids of celebrities being subjected to paparazzi in Hollywood.

“I do think the parents are the ones that set the tone,” Tamera said during a recent ‘Girl Chat’ segment on The Real. “You can obviously see Kim,” Mrs. Housley explained. “If she minded that, I truly believe that she would probably get in front of her child, hold her hand, like shield her in some type of way. This is the life that the Kardashians live. They live a very open life.”

#KimKardashian and #NorthWest at the #IceCream museum earlier today.

Remy Ma acknowledged that the Kardashians are like an open book, but also shed light on the fact that some celebrity moms are forced to deal with paparazzi photographing their kids against their wishes. “I think as a mom, for one, she’s kind of put between a rock and a hard place. You don’t want to seem mean,” Remy Ma said.

Tamera rebutted by saying, “Me, personally, if my daughter did not like that at all, I would find a way to cover her — because I don’t want my child to ever feel, you know, uncomfortable.”

BCK Asks: So what do you think? Do you believe that Kim was disturbed by the paparazzi attention that North received during their recent trip to the Ice Cream museum? How do you feel about Remy Ma and Tamera Mowry-Housley’s responses to the incident? Are these celebrity moms right in saying that parents set the tone for pictures all while being stuck between a rock and a hard place? Share your thoughts below!

Does motherhood make you more of a woman? This was a question posed by Tamron...

Netflix is in the news and this time it is not to announce new show...