MARIAH CAREY AND THE KIDS ENJOY A SPA DAY 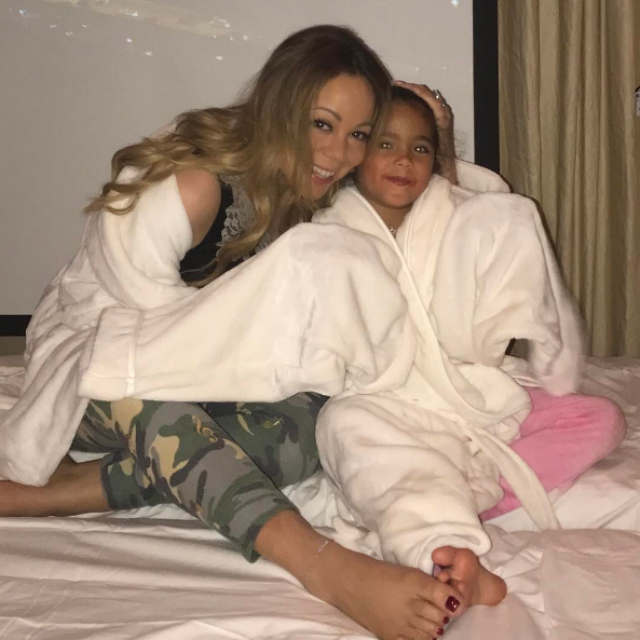 Spa days are great days when they are spent with the family. Mariah Carey recently shared pictures of her and the twins, Monroe and Moroccan, enjoying a day of pampering.

One photo was of Monroe giving her brother the royal treatment. Moroccan sat and interacted on his phone while his sister gave him a mini facial massage. “#rocky getting the royal treatment from his sister #missmonroe #queen of the spa,” Mariah shared. Another photo was of Carey getting a bit of pampering alongside the family’s dog. “Even #chacha gets pampered tonight,” she wrote.

#rocky getting the royal treatment from his sister #missmonroe #queen of the spa ?❤️

Monroe and Moroccan celebrated their sixth birthdays last month. “I can’t believe it’s been six years since you two came into this world to the live version of Fantasy,” Mariah said on the twins’ birthdays last week. “I love you both more each day. You are the light of my life.”

Mariah Carey and Nick Cannon are doing a great job of co-parenting despite culminating eight years of marriage in 2016. “Mariah and Nick are getting along great,” an inside source recently said.

The family friend further revealed, “Nick spends most of his time with Mariah and the kids. Mariah is great with Nick around. There seems to be hope that they will get back together permanently.”