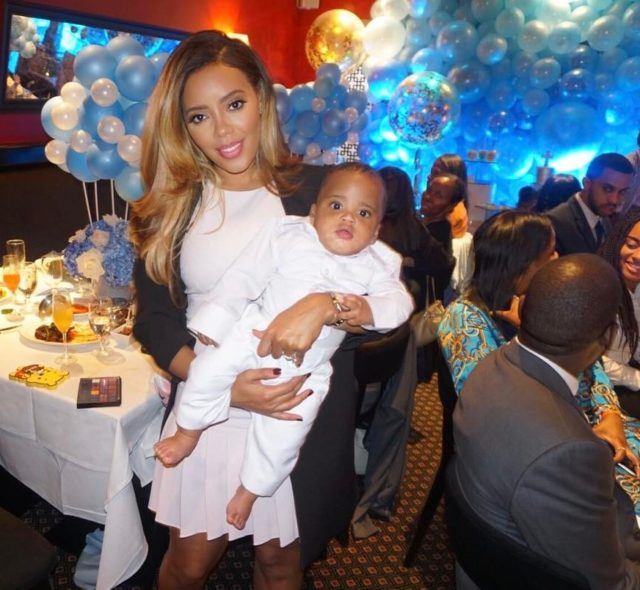 Sutton Tennyson Jr. crossed quite the milestone this past weekend as he was baptized in front of mom, dad, and other loved ones. Angela Simmons shared pictures from the little one’s celebration after the ceremonial event.

Thank you sooooooo much @pep_ent for producing the most dreamy baptism lunch !!! You killed it !!! @lovelylayers the cake was so yummy and pretty !!!! @philippechownyc thank you for the space !! #SuttonsBaptism

“I must say the room was filled with so much love,” Angela exclaimed online. “Love you guys,” she wrote. Little Sutton’s cousins, Ava and Mia, were among those in attendance at the after party. Angela was sure to get a candid of the three sitting on the couch. “And then there were 3,” she wrote.

This month marks seven months since Angela gave birth to her son. “He’s considered a preemie,” the celebrity mom revealed while serving as guest host on The Real. “I woke up and my water was broke. And I go to the doctor and the doctor was like, ‘Come on in.’ The next thing you know they were like, ‘Okay, you’re going to have the baby today or tomorrow.’ I was like, ‘What? This is a whole month early.'”

Although exercise had much to do with Angela’s ease of labor, the celebrity mom also attributed her reading Supernatural Birth by Jackie Maze to her ability to remain calm during labor and delivery. “I pushed him out in eight to ten minutes,” Angela revealed. “I was super relaxed. I had videos [where] I’m like, ‘I’m just here. I’m super bored. When am I going to have the baby? This is so boring.'”

Little Sutton celebrates his first birthday in September. He is Angela Simmons and fiance Sutton Tennyson Sr.’s only child.