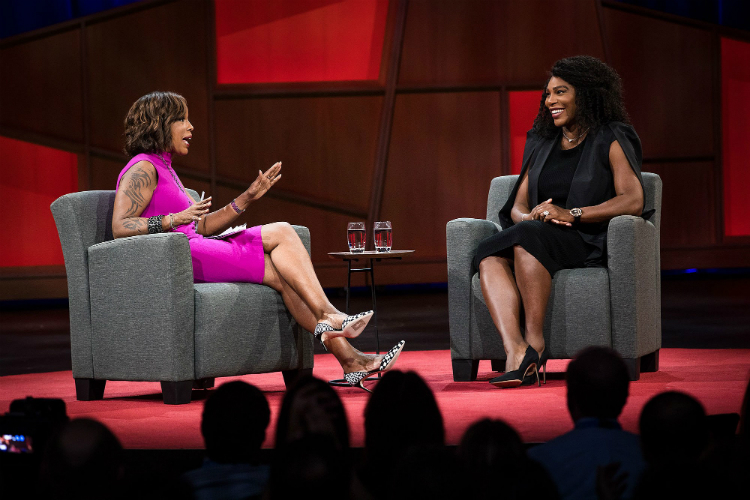 You know the post that Serena Williams shared on Snapchat in which she announced that she was 20 weeks pregnant? Well, it was an accident. Serena explains to Gayle King that she did not intend to tell the world that she and fiance Alexis Ohanian were expecting a child.

“Well, actually it was an accident,” Williams explains. “I was on vacation just taking some time for myself and I have this thing where I’ve been checking my status and taking pictures every week to see how far along I’m going.” In the midst of capturing her progress for personal means, Serena accidentally hit the share button, which released her story to the world.

“I didn’t tell a lot of people to be quite honest and I’d been saving it,” Williams says of her pregnancy. “On social media, you press the wrong button and… Thirty minutes later I missed four calls and I’m like, ‘That’s weird.’ But it was a good moment. I was only going to wait five or six more days [to share].”

Although Serena’s announcement was an accident, she doesn’t regret her decision. “Every week I just take a picture and save it and I’ve been so good about it and this was the one time I slipped, but it’s okay,” the tennis star says.

Williams’ fiance shared a cute confirmation of their expectancy with Twitter fans on Monday. This will be Alexis Ohanian and Serena Williams’ first child together.