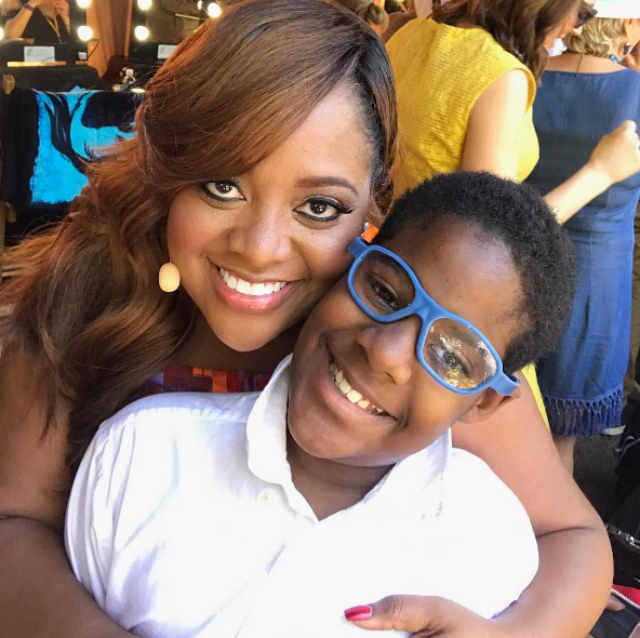 The Beyonce effect strikes little Jeff! Sherri Shepherd recently stopped by Hollywood Today Live where she revealed her son’s fascination with Beyonce that stops his penis in its tracks.

“He said, ‘Mommy why does my penis keep freezing when I see Beyoncé?’ Sherri said. “She better be glad she’s pregnant with twins cause I would whoop her,” the star mom joked. “He said it freezes up and I said, ‘Who else does it freeze for?’ He said, ‘Well not around you mommy!'”

It’s hard to accept that little Jeffrey has secret crushes. It was just three years ago that the youngster accompanied his mom as she bid farewell to The View.

“When I joined the view seven years ago Jeffrey was 2 years old and I was going through a very public divorce,” Sherri reflected. “Now my son is 9 years old and I’m going through another very public divorce,” the star said in reference to her and ex-husband Lamar Sally’s public separation that eventually led to a major custody battle over their son, Lamar Sally Jr. “Let’s just say I’m happy that Barbara Walters and Bill Geddes were better at picking co-hosts for this show than I was at choosing my husbands,” Sherri joked.