THE PIPPENS TAKE A SPRING BREAK TRIP TO UNIVERSAL ORLANDO 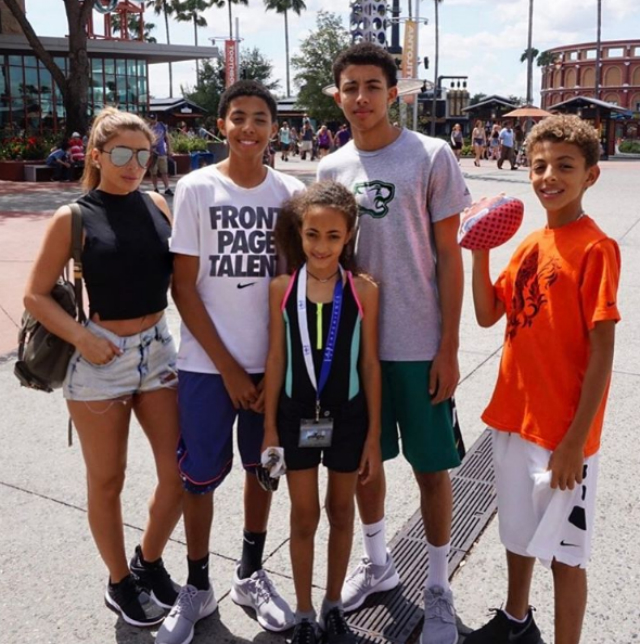 Larsa, Preston, Sophia, Justin, and Scotty Jr., were all in for a spring break trip to Universal Orlando this past weekend. Larsa and Preston shared pictures of the family’s trip with their Instagram followers after the festivities commenced.

“We out here,” Preston told his subscribers. Larsa also shared pictures of her and the kids at Universal Orlando but also reflected on the relationship that she has with her kids. “I pray our bond stays like this for eternity,” Larsa said.

Co-parenting may be on the horizon for Larsa and her estranged husband, Scottie Pippen, as divorce seems to again be in the works for the couple. “Scottie Pippen and Larsa have finally made a decision on the state of their marriage — and will move forward with the divorce,” TMZ Sports reported on Tuesday. The good news is that Scottie and Larsa plan to remain friends after marriage dissolution is finalized.

Scottie and Larsa Pippen began divorce proceedings last year after nearly two decades of marriage. The couple faced a bit of public drama that included law enforcement intervention before placing marriage dissolution proceedings on hold in February. “There’s still work to be done to fully mend the relationship,” TMZ alleged, “but both Larsa and Scottie would rather stay together, considering their long history.”

Stay tuned for more details surrounding Larsa and Scottie Pippen’s divorce and co-parenting plan. The couple have four kids together.