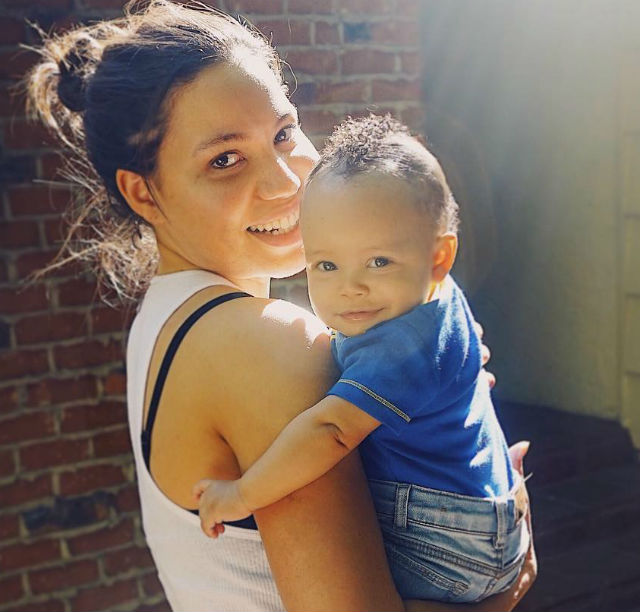 Fans cannot get enough of Jurnee Smollett and Josiah Bell’s son, Hunter. The couple shared pictures of their little one with Instagram fans this past weekend that had followers viewing with complete adoration.

One photo was of Josiah cuddling his infant son as he slept. “I seriously thought life was incredible before my little one came into my life ‘But’ @jurneebell NOTHING can top watching you bring our son into this world,” the proud dad wrote.

I seriously thought life was incredible before my little one came into my life "But" @jurneebell NOTHING can top watching you bring our son into this world! #HunterZionBell

Jurnee Smollett and Josiah Bell welcomed Hunter last November. The actress was filming the second season of the hit series, Underground during her expectancy. “When I got pregnant, I didn’t think I’d be doing that sort of stuff,” Jurnee said during a recent interview with Vulture. “But honestly the mama-bear spirit in me kicked in so much, and I think that’s what we tapped into with [my character] Rosalee.”

Tapping into her character meant identifying with Rosalee’s pain after being separated from her mom, Ernestine. “I can’t live in Rosalee’s world,” Jurnee admitted. “I can visit it. If anything, I felt this privilege that my child is actually coming along with me in this tribute I’m paying to my ancestors. How incredible to pass down this spirit of resistance to Hunter, and for him to know that while he was growing, he was a part of this.”

The second season of Underground premiered last month. Catch the series every week on WGN!

LUDACRIS CELEBRATES 'FATE OF THE FURIOUS' SUCCESS WITH HIS GIRLS