Home » NEWS » SWIZZ BEATZ AND HIS SONS HAD A SUPER SUNDAY

SWIZZ BEATZ AND HIS SONS HAD A SUPER SUNDAY 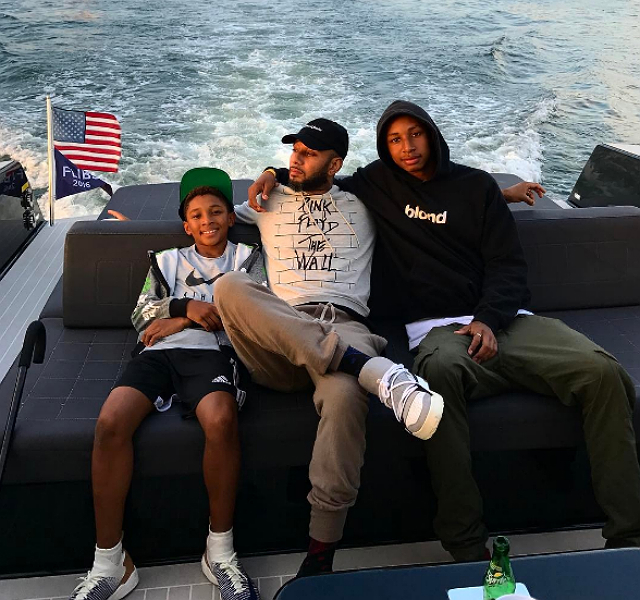 Swizz Beatz spent time with his sons, Prince Nasir and Kasseem Jr., in Miami this past weekend. The party of three enjoyed the sights while taking a ride at sea.

@kasseemsdream is in his zone today I love it??

Little Kasseem was definitely excited about the trip as he was recorded while dancing in the boat. Prince and his friend watched in amusement while Kasseem took center stage. “@kasseemsdream is on one,” Swizz shared. “I love it.”

Kasseem takes after his dad when it comes to creativity. The youngster has a website that promotes artistry and has visited several galleries with his mom, Mashonda Tifrere, since sharing his desire to explore his innovative abilities. It was just last December that Swizz Beatz shared his appreciation for street art and how traveling has enhanced such adoration.

“I look at art on a global scale,” Beatz revealed. “It’s cool because I get to see all this talent. There might be a guy in Portugal and you guys like each other’s work. You might never have met each other but you see it’s an ongoing communication. A conversation that was never had, but it’s being had through art. I get to see that through traveling.”

Swizz Beatz is the proud father of five kids. Two of the producer’s sons, Egypt and Genesis, are his children with wife, Alicia Keys. Kasseem and Prince are Swizz’s kids from previous relations.