THE KODJOES SCREEN ‘SMURFS: THE LOST VILLAGE’ IN CULVER CITY 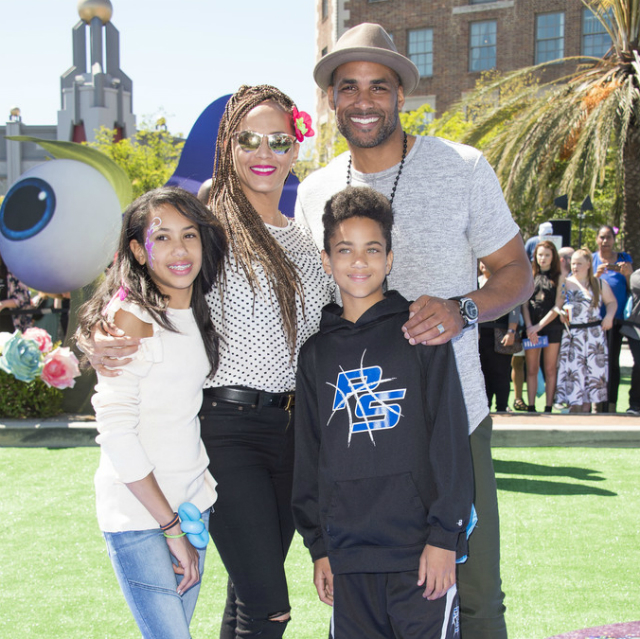 Boris Kodjoe, Nicole Ari Parker, and the kids were one of many to stop by the premiere of Smurfs: The Lost Village this past weekend. The family of four attended the community-type event at ArcLight in Culver City.

The story of the Smurfs expands during the upcoming film’s storyline. Apparently, there is more life out there that Smurfette and her friends Brainy, Clumsy, and Hefty must discover. The crew uses a mysterious set of maps to navigate through foreign territory and uncover the biggest secret in Smurf history.

Film Director Kelly Asbury shares his vision for Smurfs: The Lost Village with Animation Scoop. “When the decision was made that this was going to be a reboot, I approached it as if, ‘OK – no one knows anything about the Smurfs,'” he explains.

“At the same time, we didn’t want to get very pedantic and make the entire thing just a big lesson on what a Smurf is. But we did want to just usher people in and give them a little background – a little bit of an origin on a couple of things – and then let a story start. I handled it as if it was a brand new property. I thought that was the healthiest way to do it.”

Check out the trailer for the film below and catch Smurfs: The Lost Village in a theater near you on Friday, April 7, 2017.

MONICA BROWN AND THE FAMILY: THE ADVENTURES OF THE SPRING BREAKERS