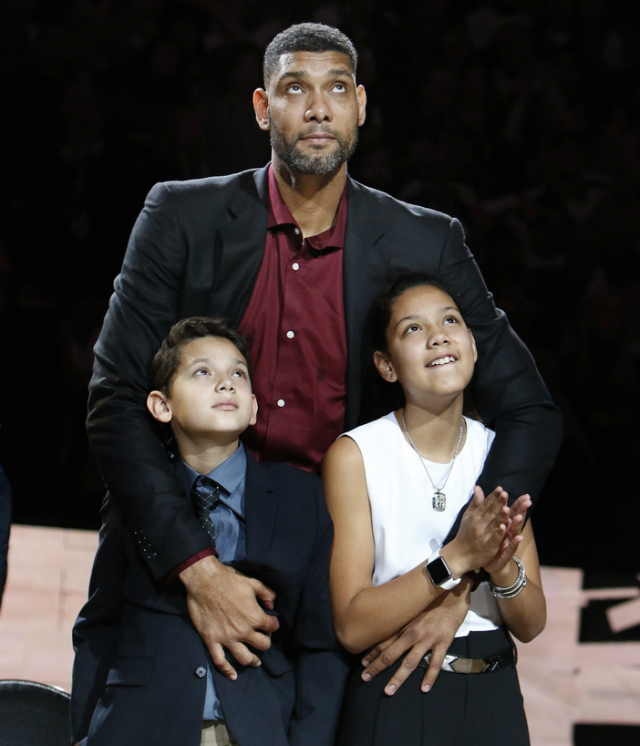 Congratulations to Tim Duncan and girlfriend Vanessa Macias on the arrival of their daughter, Quill. The newborn was born last week and her parents decided to name her after Peter Quill, a.k.a. Star-Lord, of Marvel Comics and her mom who is an avid writer.

“My girlfriend, she also writes a lot too, so it’s like a pen quill,” Tim revealed during a recent interview with Fox Sports. “It’s a combination of all the things,” he added.

Rumor of Vanessa’s expectancy began to circulate last December at Tim Duncan’s retirement ceremony. Although many suspected that Macias was pregnant, the couple refrained from revealing their family’s expansion until after Quill was born.

It’s obvious that Tim Duncan is a Marvel fan. What wasn’t so obvious to fans was Tim Duncan’s retirement from the Spurs last year. “I started not enjoying myself as much,” The former NBA said of his decision to hang up his jersey for the last time. “When it’s not fun anymore, I’m done.”

Some fans did not understand his motivation for retiring but, nonetheless, supported Tim Duncan in his decision. “I couldn’t fathom the way people have reached out,” the former athlete revealed. “I’ve gotten so many messages. I’m literally blown away. It’s above and beyond everything I thought I would be.”

Baby Quill joins her brother, Draven, and sister, Sydney, at home. She is Tim Duncan and Vanessa Macias’ first child together.