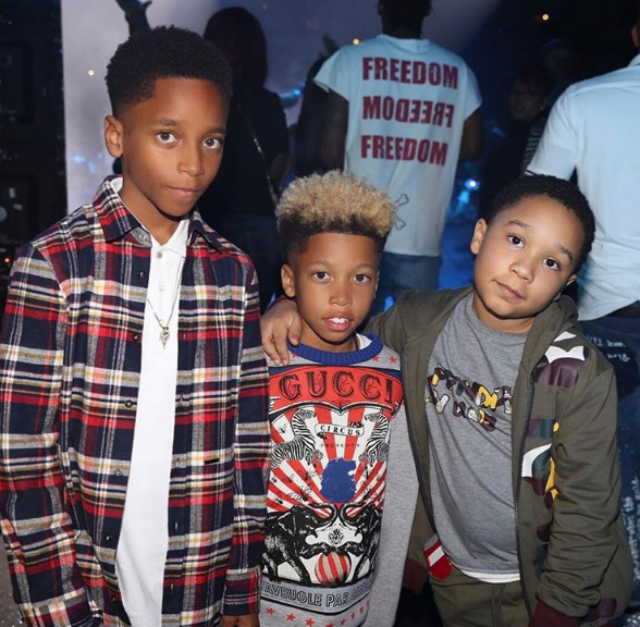 During her re-grouping, Monica met her husband, Shannon Brown, who helped her see the light at the end of the tunnel. “He told me the day we met that I’m going to be his wife,” Monica revealed. “When I saw him I was like, ‘D**n, that’s like a big, fine version of Chris Brown. Wow, like we just super-sized [Chris Brown] and put like 15 1/2 feet extra on him.’ So when we met, it was instantaneous connection.”

Monica and Shannon Brown are now the proud parents of Laiyah who celebrates her fourth birthday in September. Rodney turns 12-years-old in May.

Laiyah and her God-Mother have their own thing❤as they should… @majorgirl named her, always been there for her & all my babies … Friendship that last decades are rare, that's why the love is forever ❤ #WeveDoneItAllTogether #20PlusWitNoFuss