THE BOSH TWINS CELEBRATE THEIR BIRTHDAYS WITH A ‘CAMP’ THEMED PARTY 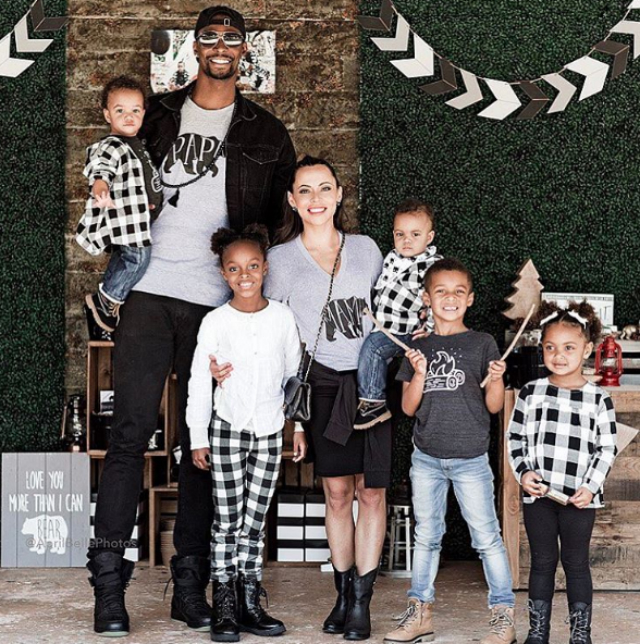 What better way to ring in your first birthday than with family and friends at a camp themed party? Phoenix and Lennox Bosh enjoyed the benefits of such this past weekend as their parents, Adrienne and Chris Bosh, threw a party just for them.

“Camp Nix Nox was a hit,” Adrienne exclaimed after the festivities concluded. The celebrity mom also shared pictures that showed off the family’s fashion sync. All members of the Bosh family wore gray and black to match the birthday boys’ attire. Trinity and Dylan were definitely in style sync as they wore plaid that was identical to their younger brothers’ shirts.

It has been one year since Adrienne and Chris Bosh welcomed their twin sons, and the two didn’t hold back when it came to celebrating Phoenix and Lennox’s milestone. Adrienne filled the boys’ room with black and white balloons to give them an implication of their party. The celebrity mom also gave a touching tribute to her sons online.

A #BoshFamily Tradition!! Filling the kiddies bedrooms with balloons so when they wake up on the day of their birthday they know it's a Party!???????? #BoshFamily #BoshTwins #CampNixNox

CIARA BUMPS AROUND THE STUDIO

THE DASH SISTERS WALK IN THEIR MOM'S FASHION SHOW

THE DASH SISTERS WALK IN THEIR MOM'S FASHION SHOW