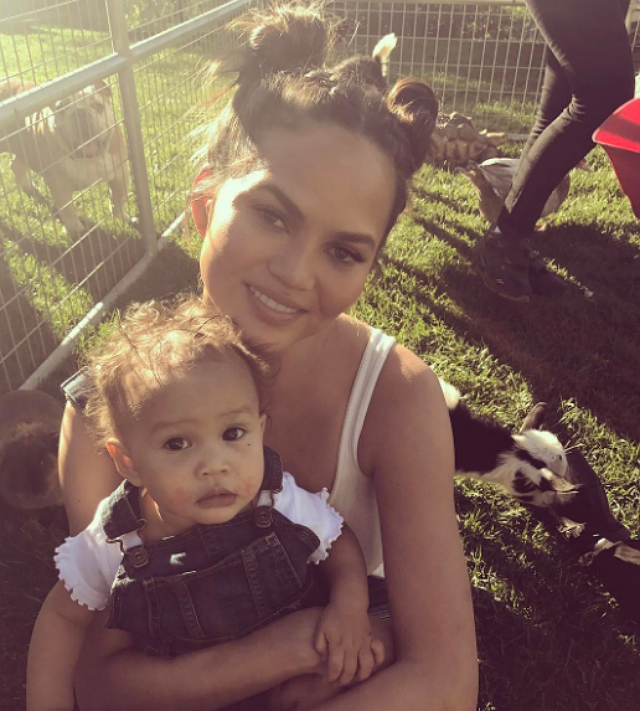 Here’s Luna! Chrissy Teigen and John Legend shared the latest pictures of their daughter, Luna Stephens, and the photos are simply amazing.

One candid shows Luna hanging with dad on the set of Lip Sync Battle. “Back on set for #lipsyncbattle season 3B,” Chrissy exclaimed.

Back on set for #lipsyncbattle season 3B!

Another picture was of Luna trying out a new pair of sandals. Chrissy guides her daughter in the shot as Luna focuses all of her attention on the stylish footwear. “New Shoes,” Chrissy shared.

Many are drawing inspiration from Teigen after the celebrity mom opened up about her postpartum depression experience. “I had everything I needed to be happy. And yet, for much of the last year, I felt unhappy,” Chrissy revealed. “What basically everyone around me—but me—knew up until December was this: I have postpartum depression.”

Dealing with postpartum depression has largely been a matter of Chrissy leaning on her husband and other loved ones while being honest about her feelings. Many fans continue to rally behind the celebrity mom who’s candor is often raw yet lovable.

“Love what you’re about Chrissy,” One social media follower wrote a few days back. “You’re a force to be reckoned with. I can tell that you’re an amazing mother and wife. Continued blessings to you, John, Luna, and your extended family.”

Luna is Chrissy Teigen and John Legend’s only child. She celebrates her first birthday next month.

FANS THINK BEYONCE IS PREGNANT WITH TWIN BOYS AND HERE'S WHY

FANS THINK BEYONCE IS PREGNANT WITH TWIN BOYS AND HERE'S WHY